A Spanish legal ruling in 2015 had meant for the last several years that clients can reclaim Spanish property payments that were previously felt to have been lost. These payments can be reclaimed from your bank under Ley57/68 (click here to find out more about Spain’s Ley 57/68). But don’t delay, the ability to apply will disappear completely in October 2020. So if you think you might qualify, now is the time to act to reclaim Spanish property payments.

This is actually an old post, but is being repeated here in response to a spike in demand following the ‘Burnt By The Sun’ programmes (click on the link to find out more about the programme) aired on RTE 1 on March 30th and April 6th 2020. 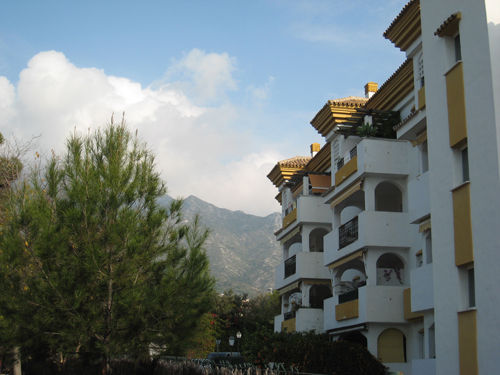 The Spanish legal ruling on reclaiming Spanish Property deposits, was passed on December 21, 2015. The Spanish Supreme Court held that Financial Institutions such as banks and cajas (Spanish Building societies) are jointly liable, along with builders and property developers. In the instance where properties were not delivered, these institutions were obliged to make sure that refunds of amounts paid by property buyers are refunded.

This ruling obviously has had huge consequences for those who purchased property in Spain that was never built. It means that these buyers are due a full refund from the bank or caja even if the developer has become bankrupt, as is the case with most of them.

To be clear, the 2015 ruling was simply to hold up judgement on a pre-existing law from 1968. This Spanish law, known as Ley 56/68, covered payments to builders and property developers. When receiving funds for off-plan property they have been required to put these funds in a specific bank account. They were also required to provide their clients with a bank guarantee. The bank was obligated to ensure that such an account existed and would be liable for the return of these deposits in case the developer failed to deliver the property. It is this obligation of the banks to protect their clients’ money that is being exploited in order to get money, plus interest from the time the money was deposited, refunded. Article continued below:

If you wish to get started straight away simply send an email with Your Name in the Subject Line to:

Make sure to clear the applicable email address in your Spam Filter. These automated email addresses work 24/7 so you can get started right away. This will send you a questionnaire and request necessary documents to assess your case. If you want a FREE CALLBACK, just include your phone number on the email.

The obligation to protect funds deposited for off-plan property purchases was totally ignored by Spanish developers, particularly in the run up to the economic crash in 2008. More importantly, it was not enforced by banks either, allowing developers access these bank accounts whenever they wished.

Following the economic downturn many developers were declared bankrupt and purchasers presumed their deposits had gone with them. These properties, often just sites, then became virtually worthless and the advances were used by developers to prop up their ailing companies. The likelihood of ever getting anything from taking failed property development companies into court was so small as to make the process unjustifiable.

The Supreme Court ruling in 2015, backs up the 1968 law number 57 (hence Ley 57/68). It upholds the finding that financial institutions, in which the defaulting property developers deposited their customers’ money, are liable for the refund of the deposited funds. In the upholding of this ruling the court dismissed the financial institutions’ arguments against the claims, thus paving the way for claims by defrauded home buyers right across Spain. Many thousands of clients have now recovered their funds in full, plus interest.

Many high profile purchasers in Spain, such as Sir Geoff Hurst, have already applied to have their funds returned and many thousands have already had their money returned to them.

Claims are restricted to a ‘statute of limitations’ of 15 years from hand over of the deposit, so the clock is ticking. The ability to make a claim will cease completely from October 2020. It generally takes some time to get documentation ready for court. Leaving your claim until right up to this period is not recommended for obvious reasons. It is time to ACT NOW.

Once a claim has been successfully filed, it can take up to 36 months to achieve the return of funds, plus interest (normally, but not all judges grant interest).

It is important to deal with a company versed in completing the paperwork to make such claims as you can only apply once. Those affected must make sure they really have the best legal assistance with experienced and expert lawyers. Filing in the Spanish reclaim forms is complex and daunting even if you are fluent in Spanish. It is a task that should only be undertaken by a legal expert specialising in this area. Whoever fills out the forms need to be fully versed in Spanish legal claims, as there is no single form to fill in.

If you are interested in Spanish Property Payments Recovery and would like further information on the Spanish Property Deposit Reclaim Rulings or the Requirements for making a Spanish Deposit Reclaim visit the www.SpanishReclaim.com website. This site has been set up specifically to deal with this issue and facilitate application for refunds in the most efficient and cost effective manner.