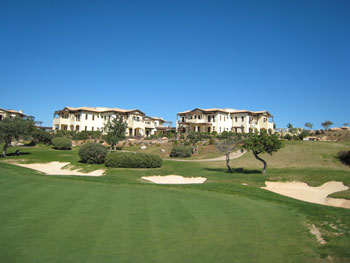 It may seem like stating the blindingly obvious, but locals and overseas owners in Cyprus are expecting Cypriot property prices to fall. One of the almost certain consequences of the Cypriot financial collapse and subsequent bailout is that property prices in the country are likely to tank. As Ireland, Portugal, Spain, Greece and even Italy have seen in the past, when banks don’t work property markets buckle – usually very quickly. It is unlikely that Cypriot banks, or at least those that manage to re-open, will be rushing out to give out mortgages in the short, or even mid-term. Therefore the market will be forced to survive on cash purchasers – who can name their price.

What might be less obvious from the outside, is the effect that this will inevitably have on already hard pressed Irish and, particularly, UK based Cypriot property owners. Many of these have been holding out in hope rather than anticipation of price rises over the past number of years during which Cypriot property prices have taken a fairly steep downward trajectory. It now looks like many of these owners are unlikely to realise what was paid for these properties in their lifetimes. That is a very bitter pill to swallow for investors that thought they had picked a country that had ridden out the financial crisis relatively well.

Property valuers in Cyprus have suspended work as they come to terms with a financial bailout that is likely to deepen price falls of recent years, the chairman of the country’s Property Valuers Association told Reuters. The association, which represents about 90 percent of valuers in the country, advised its members last week not to carry out valuations for banks or individuals until the terms of a financial bailout become clear, Charalambos Petrides said.

A 10-billion euro rescue deal was agreed between Cyprus and the European Union on Monday after the country’s outsized financial sector ran into trouble with soured investments in neighbouring Greece.

Valuers are likely to resume work once the banks re-open on Thursday after a closure of almost two weeks designed to prevent a run on deposits.

Cypriot Property Prices to Fall – By How Much?

Prices have already fallen by half for residential property in some parts of Cyprus and 35 percent for some commercial real estate since the last peak at the start of 2009, Charalambos said.

Any further falls will magnify the pain felt by the Cypriot economy as a whole, which has relied heavily on the second-home market among British and Russian buyers.

[quote style=”1″]This is a very big shock for Cyprus that could lead to double-digit price drops in some areas.[/quote] said Eri Mitsostergiou, a director of European research at property consultant Savills who has advised on development deals in Cyprus.

Charalambos said it was too early to predict how large falls would be.

In addition to Russian and British buyers who have dominated the Cyprus residential market, the island has seen emerging interest from the Chinese in the western coastal town of Paphos. Many Britons sold their holiday homes in the wake of the financial crisis in 2009 and 2010 and Russians may head for the door after suffering losses on their bank deposits and as scrutiny on Cyprus as an offshore base grows, Mitsostergiou said.

[quote style=”1″]This is the end of an era for Cyprus. It is another real estate-driven economy that faces falling demand.[/quote] she said.

While some Cypriots may now choose to invest in London or Athens real estate over banks, bargain hunters are lining up for Cyprus property.

[quote style=”1″]There will be some great deals.[/quote] said Kostas Kazolides, a London-based investor who has been buying property and advising on deals in Cyprus since the 1970s, before the bailout deal.

[quote style=”1″]People that are stuck may need to sell up their land very quickly.[/quote]