How Safe Are Hotel Room Investments? 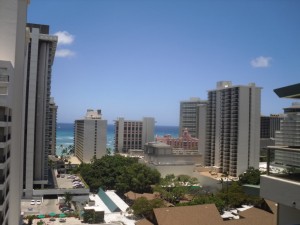 The current economic environment is creating chaos in the financial markets. This, of course, has a knock-on affect that impinges on nearly everything because, as the old saying goes, money makes the world go around, much as we might like to think otherwise. Without it, as we have seen, markets grind to a halt. One of the markets that depend on bank funding for life, probably more than any other, is the property industry. The two are intertwined to such a large extent that the meteoric decline of financial markets has gone hand in hand with a similar nosedive in property markets as a thriving property market simply cannot exist without available and affordable finance.

Of course the monstrous bubble in property markets has, to a large extent, been the cause of the current economic meltdown. It has also meant that a correction was inevitable and necessary, but this brings with it the scenario of property investments, that were previously perfectly viable, coming crashing to earth. One that is currently coming under increasing scrutiny is investment in apart-hotels.

Investment in hotel rooms, often referred to as ‘apart-hotels’ or ‘condo-hotels’ in the US and ‘serviced apartments’ in the UK, has been around since the 1970’s. The concept has experienced renewed interest across Europe in the past few years as hotel operators, with margins continually coming under pressure, explored new routes to circumvent the capital intensive nature of owning their own property portfolios. Essentially you purchase a room or unit in the hotel which then gives you a proportional cut of the profit made by the hotel.

The benefit for investors is that the units come fully-furnished, are maintained to hotel standards and are managed and marketed on the purchasers’ behalf, making them relatively hassle-free, while still being a freehold or long lease property. As the units are generally quite small the entry levels can often be quite affordable, from around €75k with borrowing normally available at around 80% LTV. The rental returns can also be attractive, although many deals involve a percentage share of hotel profits, meaning that returns are often not guaranteed. Included in the deal can be a level of use at that particular hotel, or in other related hotels worldwide – but with reduced rates of return.

Up to recently the one query about such investments resided with the residual value of a room/suite in a hotel down the line. It restricts your exit market to investors interested in this specific product and, with index linked returns, it reduces potential capital gain somewhat. Investors are often prepared to accept this on the basis that the cashflow is attractive.

The strength of the hotel chain offering the guarantees has also always been an important factor as was the location and desirability of the hotel in question. In general, though, apart-hotels would have been considered a reasonably safe and attractive investment product. But that all changed in the past few weeks.

One of the highest profile operators in the UK market, GuestInvest, went into administration some time ago. The company owned five luxury hotels in central London; Guesthouse West, in Notting Hill; Nest and The Jones in Bayswater; Chiswell Street Hotel, in the City; and Blakes, in South Kensington. The latter, considered the jewel in the group’s crown, was a London haunt for celebrities such as Robert De Niro, Uma Thurman and Diana Ross. The hotel, which was bought for ₤34m last year from actress and designer Anouska Hempel, is believed to be unaffected by the administration and is operating as normal.

GuestInvest marketed its product to investors as one that could “earn money while others sleep”, but the company responsible for launching the UK’s first buy-to-let hotel has had to bow to current economic pressures. The business, which was a joint venture with the beleaguered Halifax Bank of Scotland (HBOS) group, is thought to have been hit very hard by HBOS’ emergency merger with Lloyds TSB. The company was launched in 2004 by Johnny Sandelson, who has since offered to purchase the company from the liquidator.

The first hotel rooms offered by GuestInvest were located in London’s fashionable Westbourne Grove, where it sold 20 rooms for £235,000 each on 999-year leases.

Clients were offered a 50% share of the income from their room as well as being given the option to use it for up to 52 nights per year. It had been reported that returns in the region of 8% per annum were being achieved by investors.

Despite this news those selling apart-hotel units remain confident they are a secure and viable investment. At time of the original release of this article Seven Continent Investment (7CI) had a portfolio of products in the UK, Panama, the Philippines, Thailand, the Seychelles, the UAE, Portugal and Egypt. CEO, Alistair Powell, said that Guest Invest had bought in central London, where the entry level costs were high and the yields are quite low, at the height of the market and then gave away half its income. The concept of having 52 nights a year for free as well as receiving a rental income, he claims, was always fatally flawed because it eroded income and removed the possibility for sustainable profits.

7CI, Powell claimed, means tested all its projects before release and ensured underpinned development and rental guarantees were in place. This, he said, ensured that all its projects were fundamentally viable. The company, he said at the time, chose to work with companies whose developments offered robust investment rationales, high yields and no operating deficits. Rental returns on apart-hotels, Powell claimed, should be at least 10% per annum.

Despite all the claims 7CI have, since publication of this article, filed for bankruptcy.

Diarmaid Condon is an independent overseas property consultant with significant agency experience. He can be contacted at info@diarmaidcondon.com.