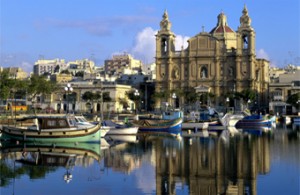 According to the Move Channel the Maltese government is currently in negotiations to reintroduce its previous Permanent Residents Scheme, whereby property investors can gain EU residency status from purchasing homes on the island nation.

After a few teething problems when the scheme was first introduced last year, such as foreign property owners using their new residency rights to try and claim healthcare and social security benefits, the government is expected to announced a rejigged scheme with tighter controls in the current weeks. Investors purchasing under the permanent residency program injected over €35 million into the Maltese economy last year.

The scheme added to a highly prosperous year in the Maltese property market, which despite stalling statistics amongst its neighbours, grew significantly in 2010. Home values rose 1.5% and 0.5% in Q2 and Q3 respectively, with a healthy 7.1% year-on-year rise in prices for townhouses and detached homes. It was somewhat rapidly revoked at the end of last year, angering agents and developers who have been calling on the government for it to be reintroduced. “Malta’s reputation as a serious financial services centre is at risk, especially in a situation where the goalposts can be changed or removed without any notice”, Ian Casolani, chairman of the real estate sector of Malta’s Chamber of Commerce, told the Malta Times.

But with the reintroduction of permanent residency rights for buyers (presumably minus access to public funds), Malta’s housing industry should continue to grow in 2011. Increased rental demand is equally making it an attractive destination for buy to let investors – according to UK-based vacation rental site Holiday Lettings, enquiries for properties in Malta have shown the biggest increase so far this year out of any of the destinations the site services. “Malta benefits from a similar tradition with British holidaymakers to Spain”, said the site’s spokesperson Kate Stinchcombe-Gillies. “As more and more rental properties come to market on the archipelago, there seems to be an almost nostalgic pull to the islands that are also renowned for affordable living standards, hot summers, warm shoulder seasons and great diving.”