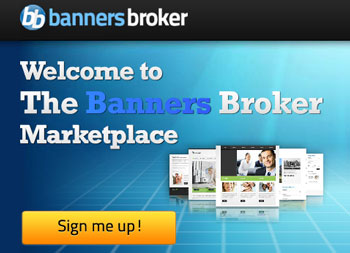 The Irish Examiner reports this morning that the Irish representative of the company, Corkman Paul McCarthy via his Maconne Online vehicle, was given just a day’s notice that his contract was being rescinded.

McCarthy is quoted in the Examiner as saying: “The contract was pulled with a day’s notice and all the support work was gone to an office in Belize.” McCarthy, who has been very high profile since the launch of Banners Broker in Ireland, has constantly denied vehemently that the operation is a scam.

Many of you will have read my previous posts on this reprehensible organisation, if not you’ll find them here and here. The closure of offices around the world is, hopefully, an indication that this MLM scam is failing to attract the levels of new entrants it needs in order to pay all those who wish to get money back out of the company.

The company, which famously held an Irish stop on it’s ‘World Tour’ in December 2012 seems to have stopped traversing the globe in search of new entrants and appears to now be retrenching in anticipation of the collapse of the organisation.

The Irish Examiner estimates that as many as 15,000 Irish people may be left out of pocket by the collapse of the organisation – although there is no explanation as to how this figure was calculated.

Update: In February 2014 the expected result of Banners Broker’s nefarious activities occurred – the company was wound up in the Isle of Man – see the report here in the Irish Examiner.

Final Update: On December 9th 2015 both Rajiv Dixit and Chris Smith were arrested in Canada. See announcement from the Toronto Police Service and video of the press conference on this post.