Breaking news from Canada on December 9th 2015 confirms that, at long last, Banners Broker Arrests have occurred. I have had a number of posts on Banners Broker over the past few years because its existence was brought to my attention by a friend who became involved in the infamous Banners Broker Ponzi Scheme. We have waited a long time for Banners Broker arrests, but the Toronto Police Department have eventually come up with the goods.

Both Rajiv Dixit and Chris Smith of Banners Broker were arrested in Toronto after several years of investigation into the Banners Broker Scam which cost hundreds of Irish people substantial amounts of money.

The full press release from the Toronto Police Service is as follows:

Financial Crimes 416-808-7300 – Case #: 2014-1863297
The Mass Marketing Section of the Toronto Police Service Financial Crimes Unit is a member of the Toronto Strategic Partnership against Cross-Border Fraud. The partnership represents a combined enforcement strategy, specializing in the investigation of mass marketing fraud in, or originating from within the province of, Ontario with cross-border implications.

In January 2013, the Financial Crimes Unit started an investigation into an alleged pyramid scheme. The Toronto Police Service was assisted by investigators from the RCMP, Competition Bureau of Canada, Ministry of Government and Consumer Services, Ministry of Finance, U.S. Federal Trade Commission, FINTRAC, and the Canada Revenue Agency. 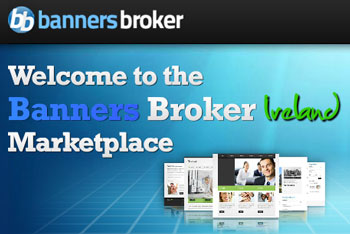 It is alleged that:

– between October 2010 and March 2013, a pyramid scheme known as “Banners Broker” was operated out of a Church Street address in Toronto

– by the end of 2012, over $93 million US was obtained from thousands of participants, of which approximately $45 million was paid back to participants in the scheme

– the remaining funds were funneled to a number of offshore accounts in Belize, St. Lucia, Cyprus, and others

On Wednesday, December 9, 2015, Christopher George Smith, 45, of Toronto, and Rajiv Dixit, 45, of Vancouver, were arrested. They are charged with:

The were scheduled to appear in court at Old City Hall on Wednesday, December 9, 2015,. The proceedings are subject to a publication ban.

The full press release is available at http://torontopolice.on.ca/newsreleases/33520.