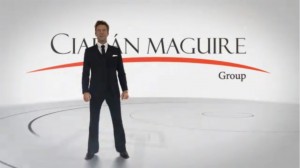 There’s a slightly odd post on Ask About Money this morning by a poster claiming to represent the Ciaran Maguire Group (CMG). Of course with posts like this it’s very difficult to tell who is actually posting them.

In any case, the poster claims that the pending case being taken by clients of CMG through Dublin based Solicitor Anthony Joyce  has been settled. The post goes as follows:

“The Ciarán Maguire Group would like to state that we have reached an amicable agreement with Anthony Joyce regarding this case.

We welcome any questions that anyone may have either by email or by contacting our office directly by phone. Regards The Ciarán Maguire Group”

It would appear that there may be some truth in this, as I’ve spoken to Anthony Joyce’s PR, but they’ve yet to release a press release on the issue and he wasn’t prepared to go into any further detail on it with me. If a press release is forthcoming I’ll put it on here as soon as I get it.

Strangely, at time of writing, there’s no mention of the subject on either the Ciaran Maguire Group or Palm View Resort blogs.

Stranger still, the poster claiming to represent the Ciaran Maguire Group removed the above post a few days later and replaced it with the following:

“The Ciarán Maguire Group would like to state that the news on forums such as this one, is old news and out dated

In order to get a full factual update we welcome people to contact our office where we can provide documents relating to Planning, Title, Finances in place. We will can also provide images from site, information relating to our escrow faciltity or any other information people may require.

The company is currently promoting its Palm View Resort development on Boa Vista in Cape Verde on TV3 with the following ad campaign.

If you don’t know anything about Ciaran Maguire, Flash Developments or CMG then you should probably read through some of the posts on the OverseasCafe.com website, do a search on Ask About Money or visit the Boa Vista Experience website.