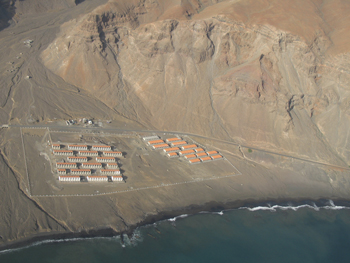 A group is being formed to bring together investors on the Monte Gordo development at Tarrafal de  San Nicolau, on the island of San Nicolau in the Cape Verde Islands. The development on the tiny island was sold to investors by Cork based Cape Verde Development, owned by Tom Sheehy from Clonakilty in West Cork.

There have been ongoing rumours about negotiations on this particular development since unit sales to investors took place from the end of 2005 to 2007. The project was allegedly purchased from a bankrupt developer and was to have a hotel added to the centre of the development to turn it into a self-contained resort location. The foundations for a hotel, or large building of some sort, materialised at the centre of the development (see picture), but then the development ground to a halt. Since the units were sold this is the only development activity that has taken place at the site and it is believed that there is now no work being carried out there at all.

The intention is to form a buyers group to unearth the full facts on the current status of this development and what actions can be taken to bring the project forward. You can see from the first picture, taken in 2006, and the second one, taken just a month ago, that very little has happened since the units were purchased.

It is intended that a meeting will be held in Cork in the near future. If you are an investor in this development, would like to be included in the group and wish to attend the meeting please contact montegordocv@gmail.com. Full details of the meeting will then be forwarded by email once there is an idea of the numbers involved. 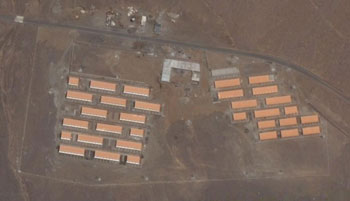