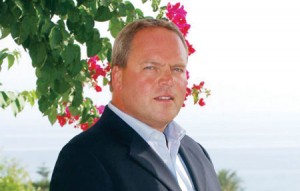 I’ve had so many emails from confused individuals, based on the news articles posted at the end of last week, particularly from clients of Simple Overseas Properties, that I said I’d better add a bit of clarity to this situation.

Essentially, the problem lies in the fact that there are two different groups of individuals seeking to take action against Karl Morris of Simple Overseas.

Paul Clarke, a former employee of Simple, has taken the current case running in Fuengirola, Spain, against Mr. Morris. There is another group headed up by solicitor Anthony Joyce, which has put out a request for information on Mr. Morris’ whereabouts (which has obviously been clarified by the currently running case in Spain) but has not yet taken a legal case against him.

The other confusion relates to the claim by Karl Morris that he has been cleared by the court in Spain of all charges against him. This would appear to be a slight burst of over-exuberance on the part of Mr. Morris. It appears that the judge did not accept Mr. Clarke’s assertion that there was a chance that Mr. Morris would seek to leave the jurisdiction (of Spain) and therefore refused Clarke’s legal team’s request to have the passports of both Karl Morris and his wife Denise taken from them.

The judge was of the opinion that Mr. Morris had been living in Spain for 10 years, his children were in school there and he was running his business from the country. He therefore refused to take the passports of Mr. and Mrs. Morris.

The case has not, however, actually started in earnest yet, so Mr. Morris’ assertion that he has been cleared of all charges would appear to be a little on the optimistic side.