Home News Karl Morris Claims his Name has been Cleared

Karl Morris Claims his Name has been Cleared 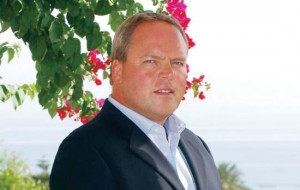 The following press release has been received from an email address purporting to be representing Karl Morris:

v
Lawyer Mr de los Rios petitioned the courts to have Mr. Morris held in custody and also asked that his passport be retained and that Mr. Morris attend court each day. He was acting on behalf of several clients in relation to overseas property purchases in Morocco.

However, all of these petitions were denied by Judge Sra Delia del Pino Artacho who decided, having heard the statements from both sides, that there was no reasons why such an order should be granted. The court concluded after hearing the evidence of Mr Morris that no misappropriation had occurred.

The hearing follows several erroneous reports published in Irish newspapers in recent weeks about the alleged activities of Mr. Morris and Simple Overseas Properties which have now been overturned by the courts.

Karl and Denise Morris presented themselves voluntarily to the courts as soon as they were made aware of the existence of a detention order and responded to all alleged allegations against them in both the court order and the media articles. In fact the detention order referred to in the article is for €85,600 and not €3 million as published.

Mr. Morris is devastated at the manner in which he, his wife, family and extended family members have been subject to unfounded allegations being published without any consultation with him or his lawyers. The content of the articles in national newspapers in the recent weeks has caused undue upset and embarrassment and therefore he is eager to clear his name.

Attached documentation to this press release outlines the court hearing and findings (no attachments were received but they have been requested).

Further Information: Karl Morris can be contacted at:672910361 for verification of this press release. Email queries should be sent to: info@simpleoverseas.com.”

This press release is unverified (the phone number has no prefix so it has not been possible to do so) and has come from the email address: welcometochristieroad@gmail.com.