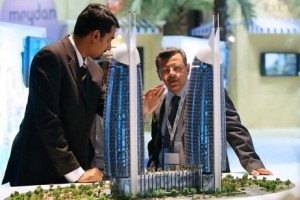 At a contested hearing on 21 June 2011, the Dubai International Financial Centre (DIFC) Court dismissed an application by the Defendant – Damac Park Towers Company Ltd – to set aside a Default Judgment in the sum of AED 1,781,009.01 issued by the Court in favour of Irish couple, Noel and Lorna Gaffney, on 14 April 2011 in case number CFI 001/2011.

The Gaffneys had purchased off plan an apartment in Damac’s Park Towers development in DIFC in 2004 and had brought a claim for refund of 90% of the purchase price which they had already paid, plus compensation, after Damac failed to hand over the property on the date stipulated in the sale and purchase agreement.

The basis for the Court’s dismissal of the application was that Damac had failed to put forward any credible defence which had no “real prospects of success”. The Court further marked its disapproval of Damac’s highly technical arguments and tactics as well as the casual manner in which it had approached the court proceedings by also ordering Damac to pay within 14 days the Claimants’ legal costs of fighting the application, assessed on an indemnity basis in the sum of AED 200,000.

Noel Gaffney commented: “We are very pleased with this result. All we wanted was the Court to uphold our rights under the contract. I would like to thank my legal team particularly Kaashif Basit and Sharon Lakhan for believing in ourcase and for their hard work, dedication and professional legal advice.”

Kaashif Basit, a partner at KBH Kannuun, legal counsel for the Claimants,commented: “I am absolutely delighted for the Gaffneys with this result. The DIFC Court has shown time and again that it will be robust in enforcing legitimate rights of parties and upholding contracts where the merits deserve it. I very much hope that for a change Damac will now be sensible and sit down to reach an amicable settlement in the several other similar cases that we have in the pipeline.”

If you are having problems with an investment in a development which has not been completed and would like to look into the prospects of having your deposit money refunded please drop me an email to info@diarmaidcondon.com.