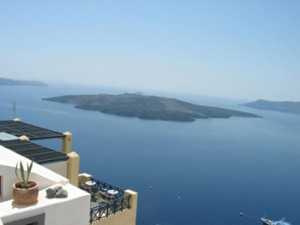 Purchasing Across the EU to be Made Safer

﻿Established by the European Land Registry Association and funded by the European Union, the Cross Border Electronic Conveyancing (CROBECO) scheme allows for the procedure for buying property to be settled in the purchaser’s home country and protected by the laws of that country.

CROBECO, which is currently being piloted in Holland & Spain, means that a Dutch buyer of Spanish Property can apply Dutch law to the contract and ask a Dutch Court for compensation from the vendor if they later find there are unknown public limitations, such as retrospective planning laws, affecting the property. Further pilots are expected to take place in other countries later this year.

In a statement to the Daily Telegraph Liberal Democrat MEP Diana Wallace, a keen supporter of the development and expansion of the scheme, said: “The EU has a role to play in helping to facilitate property deals across borders and at the very least provide a framework of legal certainty.

“In practice, this means we must ensure that there is full access to information on the state of a property, the conditions attached to it and any other legal obligations or obstacles.

“This must go hand in hand with a transparent administration of the property deal and a quick and clear judicial process in case something goes wrong.”
It will take a long time and a lot of legal framework building to reach this point; but the fact that a pilot scheme exists, has EU backing and funding and appears to work means that buying property in Europe could become safer and more transparent sooner rather than later.

Details of the CROBECO project were unveiled on June 14 at the EU parliament at a seminar hosted by Diana Wallis in a bid to find a way forward in overcoming legal uncertainties when buying property abroad.

A spokesman for  European Land Registry Association said: “The fact that the deed is processed in the buyer’s own language by a conveyancer from their own country, [means] they get the feeling that they are better legally protected and will be less reluctant to buy real estate in foreign countries where the real estate market has collapsed.”
The scheme is likely to be welcomed by countries such as Cyprus and Spain that have thousands of unsold holiday homes littering their landscapes, faltering economies, and tarnished reputations – and who are desperate to attract overseas buyers back to their property market.