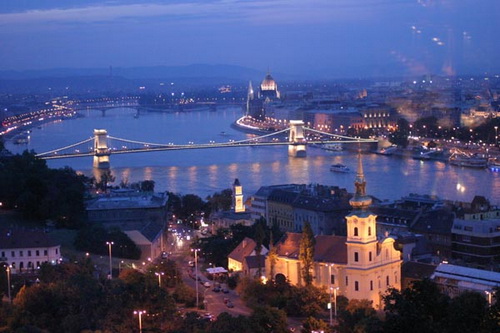 Hungary’s government is considering automatically converting as much as $8 billion worth of foreign-currency mortgages into forint loans in a pre-election push to relieve pressure on borrowers. This would come as good news to British and Irish investors, particularly in the capital Budapest, where many buyers availed of options to borrow in Swiss Francs. Foreign owners have not been mentioned in negotiations nor has investment property – of which there are thousands of units in Budapest – but it is unlikely that they could be discriminated against if a deal were to be struck.

The government and central bank may contribute to a plan that seeks to cut both principal and interest payments, Economy Ministry State Secretary Gabor Orban said in an interview published by Budapest-based magazine Heti Valasz. Borrowers may choose to opt out if they wish, he said.

Making the conversions obligatory would be Prime Minister Viktor Orban’s most comprehensive move yet to reduce the stock of foreign currency loans and help those burdened by mortgage payments that soared after the economic crisis weakened Hungary’s currency, the forint. The mortgages are believed to amount to $8 billion at the end of June 2013, and 16 percent were non-performing according to central bank data.

State Secretary Orban said that the option will be available to everyone but if someone wants to opt-out, there will be a possibility for this as well, citing limited take-up in previous plans. The forint strengthened somewhat to over 300 per euro on release of the news.

According to a report in Heti Valasz since the outbreak of the financial crisis in autumn 2008, the average mortgage payment on franc-based credit increased by 40 percent and monthly mortgage payments rose by 50 to 60%. Almost every third homebuyer has experienced difficulties in making repayments. According to recent data, 105 thousand property contracts are more than 90 days late with their payments and just as many are threatened by a similar fate. In two months’ time the deadline for the foreclosure moratorium related to mortgages on housing will expire. The property market could potentially be flooded with up to a hundred thousand homes with many Hungarians losing their homes. The government could prevent this by extending the deadline but it will have to bite the bullet at some stage.

The government may channel funds away from an existing “exchange-rate barrier” mortgage program, which attracted only 40 percent of eligible borrowers, into a new forint conversion plan. The barrier plan keeps installments fixed, and the difference between the fixed and market exchange rates accumulates in an account whose costs are divided among borrowers, banks and the government.

The proposal by the Hungarian Banking Association on a relief package for foreign currency mortgage holders may be the basis for negotiations with the government, said Economy Minister Mihály Varga.

Chairman of the association Mihály Patai said the proposals would lead to a significant decline in the borrowers’ monthly installments. Patai, who is also chief executive of UniCredit’s Hungarian unit, told reporters that banks would bear a burden of “several hundred billions of forints over a period of several years,” based on the Association’s proposal. “In our proposal, the banking system would bear a very big part of the burden … and the state budget a smaller part, and clients would also bear a small part (of the costs).”

Information for this article was provided by Bradley Edwards and Associates, a Property Management Company and Letting Agent in Budapest.