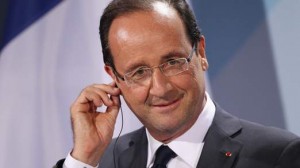 European ministers are reported to be poised to challenge a proposed French tax hike on foreign owners of holiday homes in France, it is reported on Sky News.

President Francois Hollande wants to hike taxes on foreign-owned second homes as part of his plans to kickstart the nation’s faltering economy. It follows similar proposals, which many states opposed, made under former president Nicolas Sarkozy, according to the Daily Telegraph.

If the proposals announced on July 4th 2012 are to be enacted tax on rental income could rise from their current rate of 20% to 35.5%, applied retrospectively from January 1, 2012 and capital gains tax on property sales would rise from 19% to 34.5% from the end of July, it is reported.

UK ministers are particularly irate about the the proposals because there are more UK property owners in France than there are from any other country. The UK Treasury said it had only seen the details of the plan on Wednesday but would challenge it if it was found to go against EU rules.

“We will need to study the details,” a source said. “But we will of course challenge any proposal which breaches European single market laws and anti-discrimination rules.”

The proposals, if they were to be introduced, would also adversely affect a lot of Irish property owners in France. Leaseback property, in particular, was very popular in Ireland in the mid-noughties and many of these owners are already struggling with mortgage repayments and a raft of management company changes.

The tax rises are part of a wider package of increases that are intended to raise €7.2 billion (£5.8 billion) to meet a budget deficit target of 4.5 per cent after the government of Nicolas Sarkozy left the French exchequer with an expenditure black hole.

“If the law is introduced, the effective rate of French capital gains tax will almost double for EU residents on their French property capital gains,” said Graeme Perry, a partner at Sykes Anderson, which advises British citizens on French residences. He said the move ran the risk of further damaging the property market in France, “particularly at the higher end”.

The French finance ministry said the new rule would affect about 60,000 rental properties in France whose owners made an average profit of £12,000.

How Likely is This to be Introduced?

It is unlikely that France would actually get away with such a proposal, it is more likely that it is political posturing by Hollande who is being forced into some very unpopular changes in the tax regime for French citizens. This is likely a smoke screen to curry favour with French citizens by showing that they are not taking the bulk of the tax hikes proposed to patch up the hole in France’s ailing economy. In fact, as mentioned above, President Sarkosy proposed a similar hike, but then backed down on the issue before its introduction.

Also, as those of you with an interest in overseas property will probably remember, Spain was forced to change a similar law in 2007 by the EU when it was found that it was unconstitutional to charge different CGT rates to foreign property owners than to Spanish citizens. It had been charging foreign nationals 35% CGT while Spaniards were levied at just 18%. The rates were subsequently normalised at 18% for both foreigners and Spanish citizens at the behest of the EU back dating and issuing refunds for sales made since 1994.

There is a chance, however, that France will introduce the taxes for a number of years to help its currently ailing economy, in the hope that it can fend off the EU’s reversal of the tax hikes for long enough to get its financial house in order.