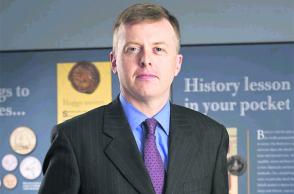 Financial Regulator, Matthew Elderfield has censured the Irish banks for what many have seen as ‘price gouging’ in the market. Where loans are not available from competing financial institutions Irish banks are essentially in a monopoly situation and have been seen by Elderfield to be abusing this position of power to make clients, who are already struggling badly, pay for the fact that banks have no cash. This lack of cash is, of course, down to their own suspect lending practices over the period from 2002 to 2007. Ignoring completely the fact that they have been bailed out by the Irish public, banks are now adding insult to injury by overcharging that same public for loans which come up for renewal or have to be altered in some way. Elderfield, unlike previous occupiers of his job, has shown that he is not afraid to face down the banks when necessary and has warned that this is a practice that will not be tolerated.

In a meeting with the chief executives of the banks, he is understood to have told them that if they do not comply they will face imposed restrictions on their ability to increase rates.

The negotiations were with the CEOs of AIB, Bank of Ireland, EBS, Permanent TSB, Ulster Bank and KBC.

It is understood the regulator is concerned that rising costs for those on standard variable rates is adding to the problem of mortgage arrears.

In many cases the banks are putting up standard variable rates to compensate for losses the lenders are suffering as a result of offering much cheaper rates on tracker loans.

While the Central Bank does not have the power to cap interest rates, it is understood Mr Elderfield has told banks that if they do not comply he will be obliged to seek a public policy response to address the issue.

Mr Elderfield is due to address the issue of mortgage arrears at a conference hosted by the Association of Compliance Officers in UCC today.”

If you are the victim of price gouging by any of the Irish banks please do get in contact on info@diarmaidcondon.com as, in the absence of government action to protect bank clients, a colleague has started an entity that will fight against unfair interest rates, charges and terms and conditions.