Home News Michael Lynn’s Story – In His Own Words

Michael Lynn’s Story – In His Own Words 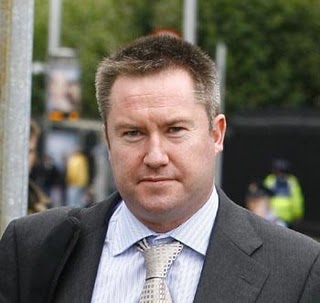 Michael Lynn’s Story – In His Own Words

Don’t get too excited, this article doesn’t, in fact, exist yet. But it may at some stage in the future with any luck. As such, it is currently just a fishing expedition.

As you probably already know Michael Lynn and his wife Bríd have become resident in Brazil and are, for now, outside the clutches of Irish law.

Lynn has stated on a number of occasions that he would like to tell his side of the story of his rise to fame as owner of KenDar Holdings, selling property in a range of countries across southern and eastern Europe, and subsequent fall from graced as it was discovered that he and his legal firm, Overseas Property Law, had been heavily involved in Mortgage Fraud.

To date, however, this story has never been told and, now that he has moved to Brazil, it is likely that it may never be told.

This post is here, simply on the off-chance that Michael Lynn might want to put across his unexpurgated version of what exactly happened and why he got into the difficulties he subsequently encountered. A lot of people are very seriously out of pocket, quite apart from banks, and would really like an explanation.

This website has been receiving quite a few visits searching for Mr. Lynn from Brazil, so I’m guessing that either he’s found it, or someone trying to keep an eye on him has found it.

If it is you, Michael, pass on your story, I promise to publish it as it is sent to me. There are a lot of people out there who would appreciate the truth. It’s the least they deserve seeing as you’ve got quite a bit of their money and they’ve received nothing in return.