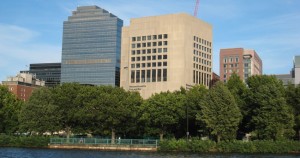 Property Funds can be found in numerous locations but retail versions are normally found at your local bank or financial institution. Property Funds are pretty self explanatory, amounts of money gathered by an institution to invest in property. They sound remarkably similar to syndicates, and indeed there are a lot of similarities, particularly in the type of product purchased, but there are also some big differences.

Unlike any other investment in property, regulated funds, which are officially titled ‘collective investment schemes’, are regulated by IFSRA (the Irish Financial Services Regulatory Authority), or at least some portion of them will be. The ‘Investment Manager’ and the fund itself will have to be scrutinised by the financial regulator so the big attraction of a fund is that someone independent is keeping an eye on how it is being set up.

Funds will also typically ‘trade’ property, i.e. they will buy, sell and manage property within the fund as the fund manager sees fit. Typically a syndicate does not engage in trading to the same extent. Funds tend to be open-ended, i.e. there is no specific end date, whereas a syndicate typically has a date time-frame in which it is wound up and the profits divided between the investors.

You can generally cash out of funds within pre-defined notice periods. With a syndicate, outside of optional trading windows, you have to wait until the property is being divested and the syndicate wound up. Funds typically offer a lot more flexibility.

The big problem most investors find with funds is that they have no control over what is being bought and sold, this is being entrusted to an individual they do not know. This removes completely the adrenaline rush that investors typically get from ‘finding a nugget’. It is consequently often viewed as being as exciting as putting your money under the mattress. A fund is generally a lot safer than investing in property in your own right, but if you want the ‘investment buzz’ it probably won’t be for you.

Some of the criticisms regularly levelled at funds are that fees can be quite high and not very well justified. Encashment penalties are also charged if you wish to exit before your agreed maturity date. Funds are also very often organised by financial institutions which, in the search for increased productivity, tend to promote them with more than a little bias. In general, like syndicates, funds would be regarded a pretty sound investment option.

There is a more in depth discussion of funds of all descriptions at the Irish Funds Industry Association (IFIA) website on www.irishfunds.ie.