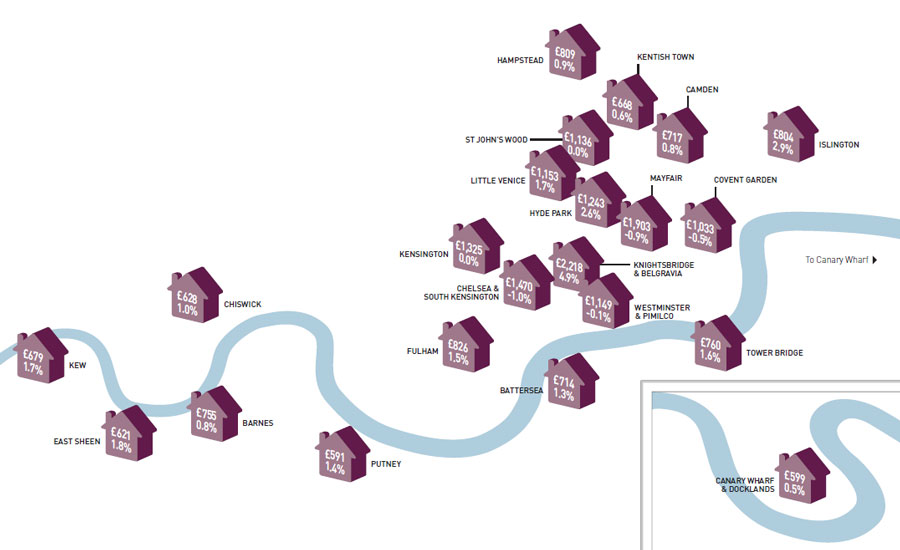 Whatever the state of the UK property market in general, London is always different. The UK is, in general, suffering indifferent performance. London is not faring a lot better, but it is not quite as subdued. The Prime London Residential Market 2013 is expected to be a lot stronger on the back of improved performance at the end of 2012. This followed a year of fairly average performance up to the final quarter.

“In spite of the recent increased interest, there remains a gap between buyer and seller expectations which can still delay or scupper transactions. There are few forced sellers in this segment of the market and vendors are for the most part happy to hold out for asking price or near to it while buyers are still very selective about properties they will consider in spite of the relatively limited available stock.”

“However, despite the flurry of activity, price growth in the final quarter was subdued. The Chesterton Humberts Prime London Residential Capital Values Index shows that prices rose by 1.2% in Q4 compared to the previous quarter. For 2012 as a whole, however, prices rose by a healthy 10.4% in nominal terms compared to the previous year and comfortably outpaced growth in a number of other major investment assets in 2012.”

The broader statistics mask variations between submarkets, as always. The submarkets with the biggest increase in price in Q4 were Knightsbridge & Belgravia, where prices rose by 5% and Hyde Park which recorded an increase of 2.8%. At the other end of the scale, property values fell by an average of 1.1% in Chelsea & South Kensington.

You can find the full Chesterton Humberts report below: