The Sunday World on February 10th 2013 reports that associates and clients of Kevin McGeever claim he is at best a ‘dreamer’ and at worst an ‘on the run con man’. It is not the first time McGeever has been accused of such activities. McGeever, who sold properties in Dubai via a vehicle called KMM International Properties, came to prominence when he was sensationally found wandering, dishevelled and malnourished, at the side of the road in Leitrim earlier in January 2013.

In March 2013, following questioning by Gardaí, McGeever admitted that the entire ‘abduction’ was a hoax staged to put off disgruntled investors in Dubai property schemes he had run via KMM – see here.

Also read – Why is Kevin McGeever not in Jail? 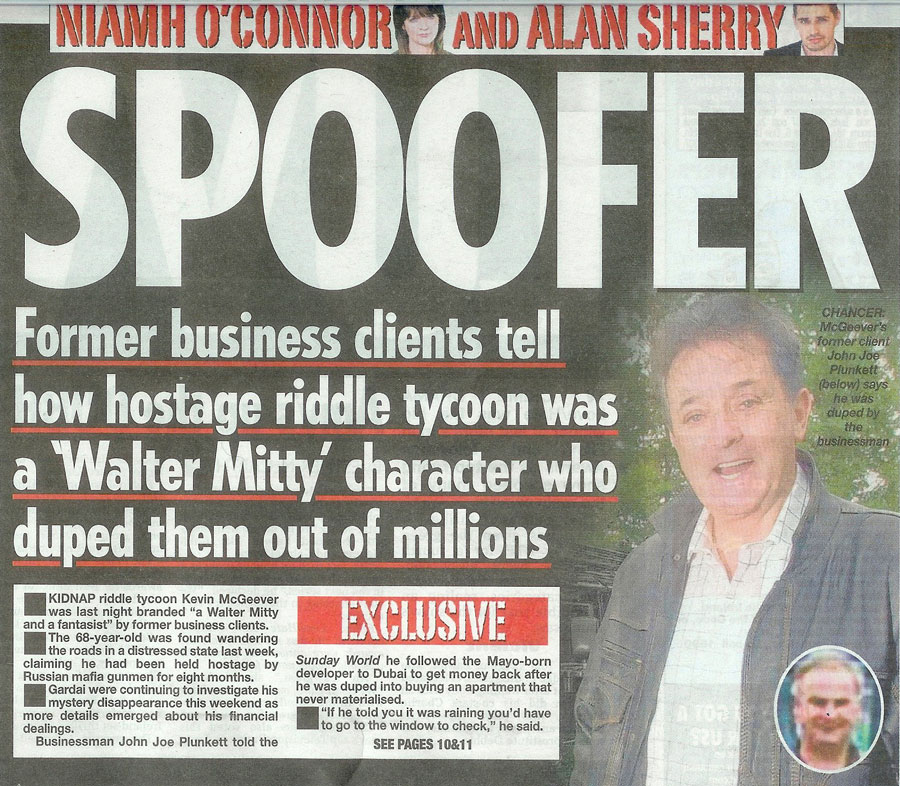 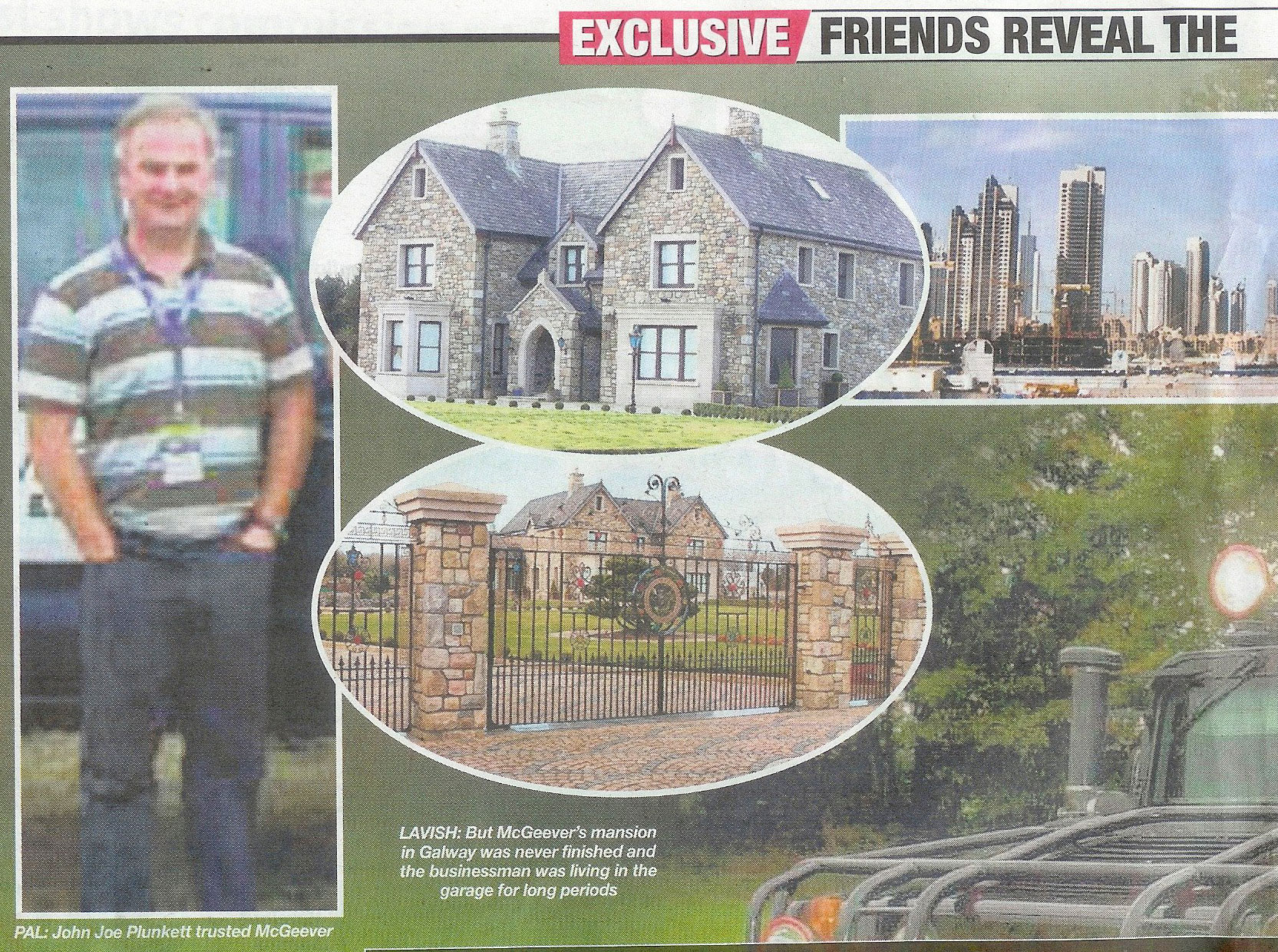 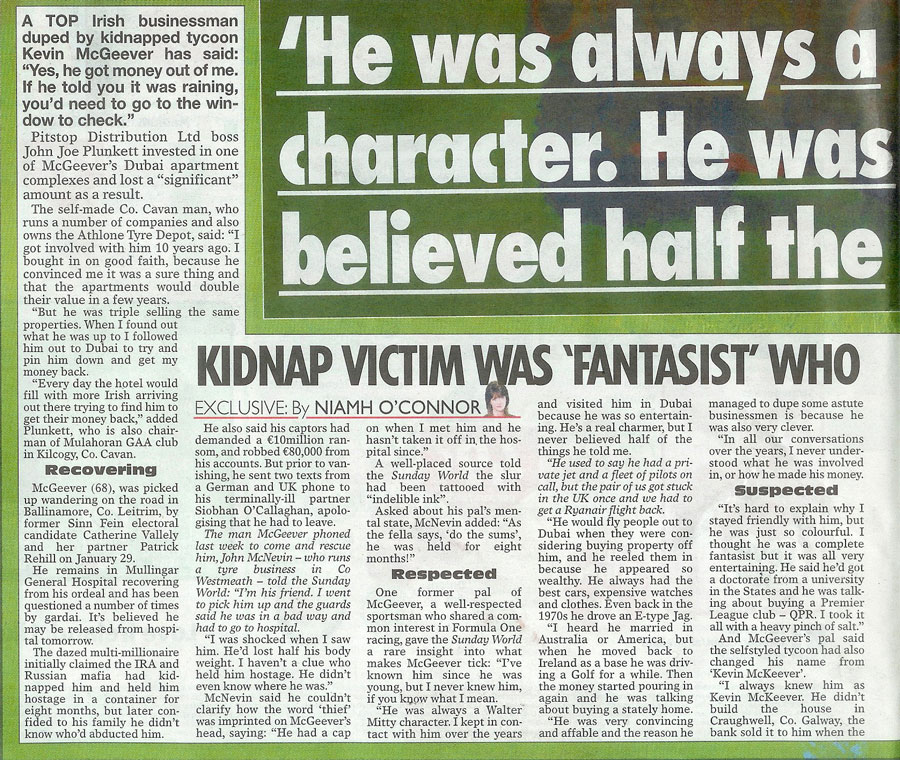 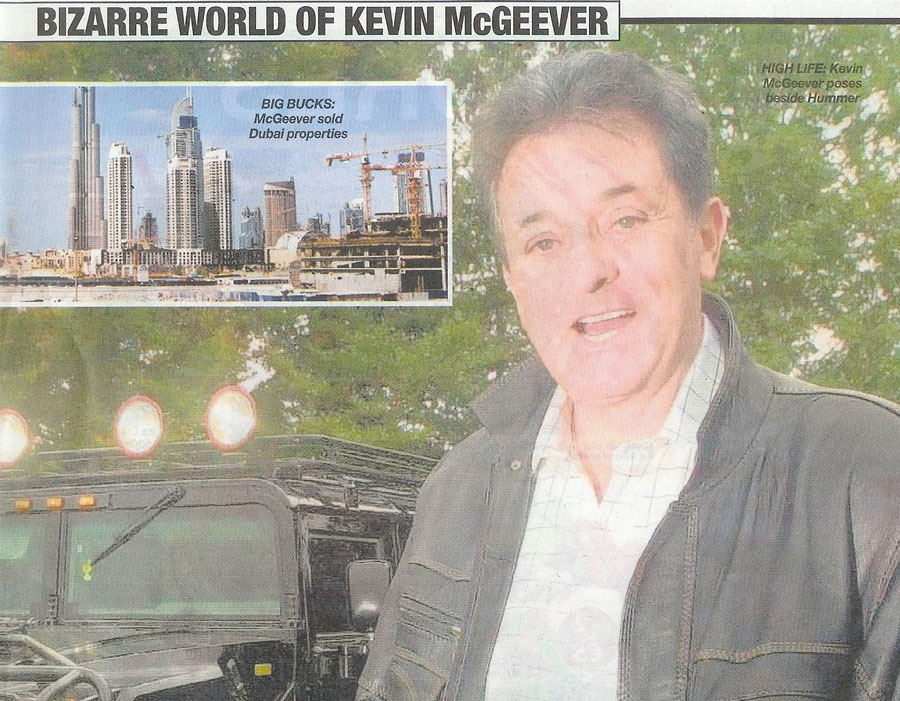 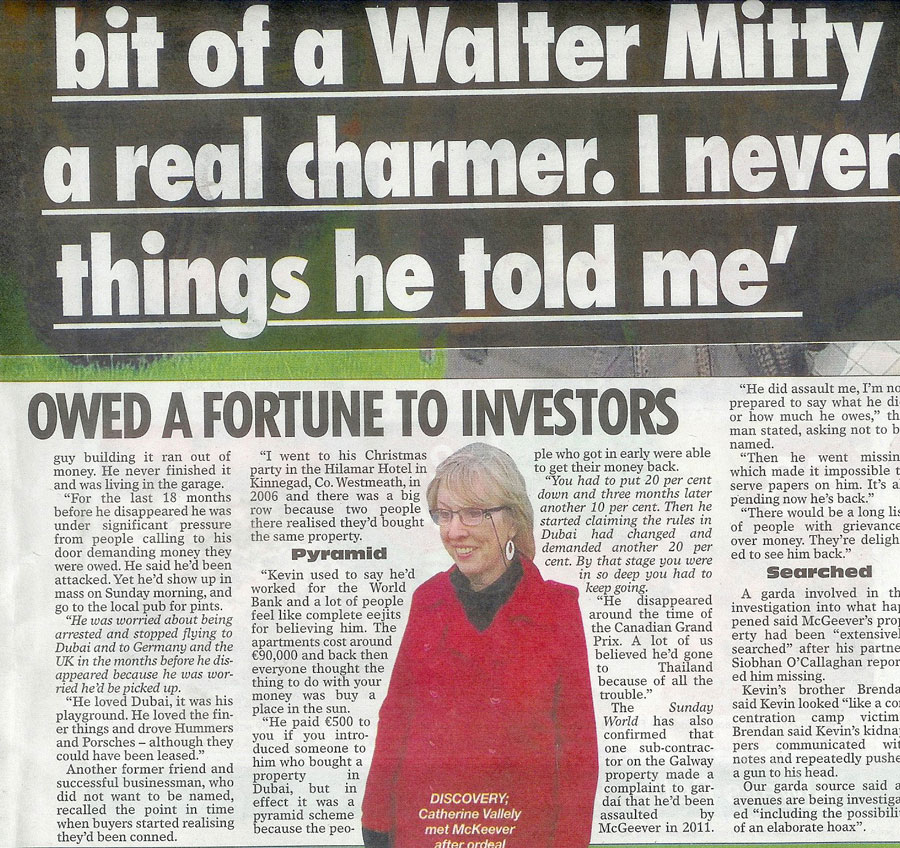