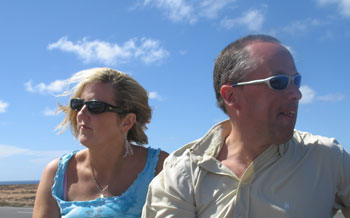 This is an extra piece on the travails of once high-flying property tycoon, Tom Sheehy, originally from Clonakilty in Co. Cork but now resident in Lisbon, Portugal. You can see a more detailed piece on Tom Sheehy and why he is newsworthy here and details of a UK court case against both Sheehy and his partner, Niall Fleming, here.

We have recently learned that an enforcement order was granted in late April 2013 against Tom Sheehy’s shares in the Paradise Beach development in Cape Verde in favour of Brian Murphy O Connor & Ted Whittaker. This enforcement follows years of endeavour on behalf of Whittaker and Murphy O’Connor. The origins of this particular case date back to late 2008. At this stage Whittaker and Murphy O’Connor who were early stage investors in the Murdeira Beach project on Sal in Cape Verde, flagged anomalies in the manner in which Go2CapeVerde trading as Cape Verde Development, Sheehy’s project management company, dealt with their investment in Cape Verde.

The pair took legal action early 2009 (see report here in the Evening Herald) and were successful. By the time the judgement was made, however, Sheehy claimed he and his family were living in Portugal. Murphy O’Connor and Whittaker were not to be deflected so easily and took the fight through the Portuguese courts. On foot of the Irish Judgement and a European enforcement order granted on same the pair eventually managed to take control of Sheehy’s assets in Cape Verde. It is understood that a similar order was issued against his Murderia Beach shares and other assets although we’ve yet to see evidence of these.