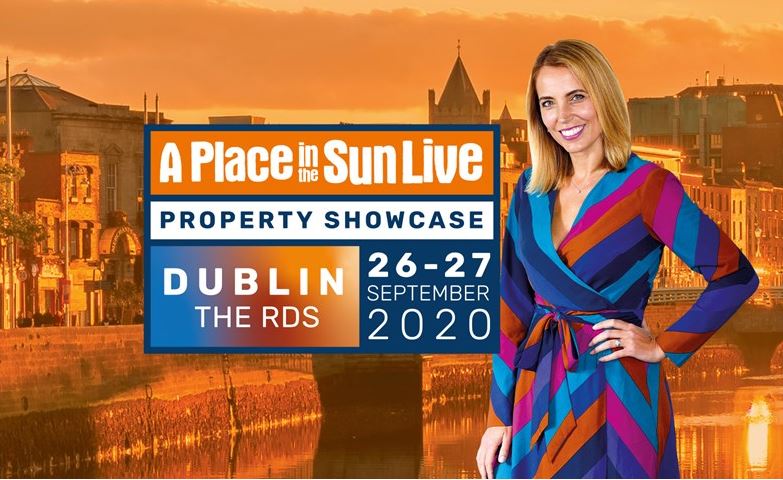 This piece on Figures for Irish Purchases of Spanish Property actually featured (or at least a little teeny, weeny part of it did anyway) in the Irish Times in February 2020 (see link to the piece at the bottom). It puts into perspective some of the outlandish claims about the level of Irish citizens purchasing Spanish property prior to the financial crisis in 2008, so it is worth publishing it in full. These figures were compiled by ‘A Place in the Sun’ in preparation for its March 2020 Show at the RDS. This show was subsequently cancelled due to the worldwide COVID-19 Pandemic and rescheduled for September 26th and 27th 2020. Click on the link, or the graphic above, for FREE TICKETS to the event. Here is the article in full.

Ireland and its citizens have a somewhat chequered history with Spanish property. Up until the mid-nineties we didn’t purchase much of it at all. Then we started to buy quite a bit of it. As the mid-noughties approached the Irish were on a huge property related spending splurge both at home and abroad. Spain was a huge net beneficiary of this spend. By 2006, in absolute terms, without taking population size into account, the Irish were the seventh largest purchasers of Spanish property in the world. Then that world collapsed.

It will come as no surprise that Spanish property transactions peaked in 2006 with 955,186 sales in total. This is according to figures from registradores.org, Spain’s official property registry portal. Of this amount just under 86,000, around 9%, were sold to overseas purchasers.

Such a purchasing splurge simply was not sustainable and we know that much of the property purchased in 2006 was never completed. Even when it was ultimately built, the purchasers were very often not in a position to pay for it on completion. Until October of 2020, those who paid money for a property that was not subsequently built in Spain can still utilise ‘Ley 57/68’ Spanish reclaim law to recover funds. These cases are taken against the bank into which the money was lodged. There are thousands of these cases currently underway right across Spain. The ability to take these claims ends in October 2020, so if you wish to take a case you would need to do so months in advance of this time.

Contrast these figures with 2013, when Spanish property sales plummeted to less than a third of the peak of 2006, resting at 300,568. UK buyers were still the most active overseas purchasers, accounting for 5,049 individual purchases, 1.68% of the total. Irish buyers did not register at all, being unceremoniously dumped in to the category of ‘other nationalities’ in 20th position.

At this stage 2019 figures have only been released up to Q3 showing total sales up to that point of 411,234. Irish buyers have now climbed back to sixteenth position. If trends have continued into Q4 it would equate to sales for the year of around 900 properties, a similar figure to 2018 when 932 Irish sales were registered. To put it in the context of 2003, Ireland now has a population of 4.8m, so we will have purchased a Spanish property for each 4,700 citizens approximately. While it is not an inconsequential amount, it is very likely a lot more sustainable than the 2006 figure.

You’ll find the portion of the article that made it to the Irish Times here.