Being Harassed by AIB Bank 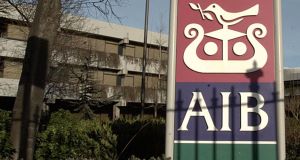 Being Harassed by AIB Bank?

Being Harassed by AIB Bank

It refers to difficulties that a friend of his has been having with a bank he was unable to name, that bank is Ireland’s favourite Allied Irish Bank (AIB). It is famous because it was almost 100% taken over by the Irish government (consequently the Irish people) at the time of the infamous Bank Guarantee back in 2008. At this time it is still almost completely owned by Ireland Inc.

I know from previous articles I’ve done on AIB and the harassment they’ve heaped upon their ‘clients’ that these cases are not unique in any way, it is a way of life at AIB. The traffic the previous posts on AIB have gathered suggests that this type of behaviour is an ongoing and endemic part of the culture at AIB.

The gist of this article is that this particular individual suffered gross harassment at the hands of AIB Bank. He estimated that he received more than 150 calls in three months – sometimes two and three a day – all from different people, all denying him access to a meeting and all demanding he pay his arrears. He stopped answering and then received a letter threatening repossession on the grounds that he was “not engaging” with the bank.

Keenan’s suggestion is that anyone who’s ever been the subject of this illegal harassment should phone AIB at (01) 7715521, select option 3 and tell the person who answers your name, that you are an Irish citizen and you are phoning to ask: “When are we getting our billions back? Can you pay today?” Then do it twice a day every day… and let’s see if they cough up – just like they expect their clients to do.

I would also suggest getting a phone call recording app for your phone, there are many available for free. Record all these calls from AIB, then forward them to the Financial Services Ombudsman, just so that they can have a clearer picture on exactly how disconnected this institution is from the people who bailed it out when it was in trouble and whom it is meant to serve.

Here is Mark Keenan’s article in its entirety, you’ll find it on the Irish Independent website here:

A consultant I have known for many years has been having trouble with his bank. The story is Pythonesque, grotesque and flies in the face of perceptions that banks are treating those in arrears with kid gloves – most especially those in minor arrears.

My friend (we’ll call him Ben) lost his well-paid job in the recession. His wife, who was earning a mid-range salary, also lost hers. Ben set up on his own and soon discovered that there was no shortage of work. But as the bust got bustier, the rates fell as a legion of laid-off consultants began undercutting one another. Before long he was working twice as many hours for just over one-fifth of what he had been earning. The family income had plummeted from €125k gross to just over €20k per year. It was looking bad.

With young children, Ben and his wife cut spending on everything back to the bone. His redundancy lump was soon gone and he began borrowing heavily from the credit union to put food on the table (he now owes €10,000). Arguments over money, spending and Ben’s increased absences through work ultimately caused the couple to split. Now lawyers had to be paid.

Today, thanks to the upturn Ben has returned to full-time employment albeit paid much less than he once was. Such were the couple’s circumstances that he has also been lucky to emerge from the separation with a home of his own – mosty paid off.

However a family courts judge recently ruled that, on the basis of his job, Ben’s ex’s maintenance should be raised substantially to a four-figure monthly sum. The judge said the court could not take Ben’s loan debt payment commitments into account. Overnight Ben discovered that he no longer earns enough to pay his outgoings.

His consolations are that his home has equity of 80pc and given the upturn, Ben can plausibly find a better paid job or get extra night-time work. But it means that for about six months, Ben has had to choose which bills not to pay. So among electricity, transport, phone, wifi, maintenance and loan repayments, Ben believed it made more sense to temporarily let the mortgage payments slide. The utilities are required for work and he has to pay the child support. Once the credit union debt repayments are clear, he can meet all his outgoings including the mortgage.

Ben mistakenly believed the bank would meet him to discuss his temporary situation, and to agree on one of many options he felt would be open to him. His ‘hoped for’ option was going ‘interest only’ for a year while he cleared most of the credit union loan, reduced its payments and then resumed regular mortgage payments. He could stretch out the remaining term of the mortgage and reduce the payments. He could remortgage to pay off the Credit Union or he could sell the house, clear the loan and trade down to a smaller home, ultimately becoming mortgage free.

But the bank didn’t want to meet Ben to discuss these options. They did however want to phone him – lots. Within a week of his first missed payment, Ben was being phoned at least twice a day, each and every day, in a relentless campaign that can only be described as harassment. Despite working for the bank, each caller stated that they could not give financial advice.

The first caller, listened to Ben’s case and then asked if Ben could pay his arrears today? Ben said he couldn’t, for reasons he had already outlined. Ben asked to come in and discuss his options with someone at the bank. The bank caller said this would not be possible and instead directed Ben to MABS, the state’s money advice and budgeting service.

Ben estimates he received more than 150 calls in three months – sometimes two, sometimes three a day – all from different people refusing to give financial advice, all denying him access to a meeting and all demanding he pay his arrears. Ben stopped answering and then received a letter threatening repossession on the grounds that he was “not engaging”.

By now three payments in arrears, Ben was asked to fill out a “statement of means” detailing his incomings and outgoings. Based on this, the bank would determine unilaterally whether to repossess his house or what option to pursue next. Ben could make written suggestions but there was no guarantee any attention would be paid to them. Just three payments out after 17 good years, and Ben is being refused meetings by the bank that publicly repeats: “Ah Jayzis come on in and talk to us!” Worst of all, they’re threatening to repossess.

Ironically this bank ran into its own somewhat larger “temporary cash flow problem” not so long ago and it wouldn’t exist today were it not for bailout billions from people like Ben. Why we should take a leaf out of its arrears policy and take it in turns – every single Irish person – to phone them at (01) 7715521, select option 3 and tell the person who answers your name, that you are an Irish citizen and you are phoning to ask: “When are we getting our billions back? Can you pay today?” Then do it twice a day every day… until they cough up.