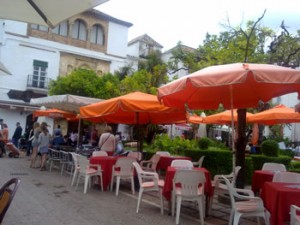 Don’t say I didn’t tell you that Spain was in trouble. This will come as very bad news for the whole Euro project if it comes to pass. Spain is indeed one of the kingpins of Europe, if it’s banking sector goes into meltdown the Euro will struggle very badly. Germany’s pockets are only so deep and commentators feel that their banks are not in the rudest of good health either, which is even more worrying.

According to a survey released last week by Goldman Sachs, the Spanish financial sector looks set to have the worst results of all European banks’ stress tests. These results are due to be published next month.

Having interviewed 113 specialists they concluded that most felt that Spain would fare very poorly. Specifically, 37% believe that Spain’s banks will be the institutions that demonstrate the greatest need for capital. Germany came next, with 23% of the vote, and then Greece, with 19%.

The investors questioned believed that the needs of the whole of the European sector will amount to about €29,000 million, and that of the 91 firms undergoing the tests, only nine will fail.

Although the study shows that investors still feel to a certain extent an aversion to the Spanish financial sector, this perception is not widespread. In fact, Santander and BBVA appear on the list of those “who will do best” on the stock exchange in the three months that follows the publication of these tests, outranked only by the Italian Intesa Sanpaolo. Among those expected to fare worst are Greek Cypriot NBG, the German Deutsche Bank, and the French Crédit Agricole.

See this article in full on Kyero.com.