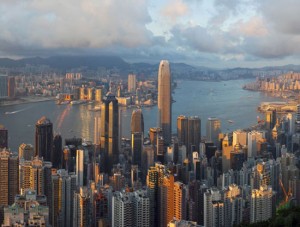 The Revenue has begun to target Irish overseas property investors in earnest. A large number of Irish investors have now received letters asking for proof that foreign rental income has been declared both with Revenue as well as the relevant overseas tax authority.

Colm Murphy of Property Tax International (PTI), which specialises in overseas taxation issues, says his company has recorded a dramatic increase in the number of calls received regarding these letters and concerning tax payments on overseas property related income. He comments: “The letters we have seen have asked the clients in question to provide evidence that their rental income has been declared with the overseas tax office. We have received a large number of queries from overseas homeowners who wrongly believe that by declaring their foreign rental income in their Irish tax return they are being fully compliant. This is, unfortunately, not the case as there are two tax jurisdictions to satisfy.”
Foreign rental income initially needs to be declared in the country where the income was received then it must also be declared with the Irish Revenue. If there is a Double Taxation Agreement (DTA) with the country in question which covers income tax, a credit will be given by Revenue for any tax paid in the overseas jurisdiction ensuring the taxpayer does not pay tax twice on the same income. This applies to individuals who have purchased in their own names, not those who have purchased using a company structure.
Revenue are pursuing known overseas property owning taxpayers to ensure that they are correctly declaring foreign rental income in Ireland and abroad and that any gains made through the sale of an overseas property is being properly declared. Murphy says this is a result of new measures being undertaken by tax offices across Europe in an attempt to clamp down on tax evaders.
He adds: “Over the past 12 months the number of Capital Gains Tax returns has jumped significantly. We have spoken with clients that have been forced to sell profitable performing assets abroad to fund loss making investments in Ireland. It is a very difficult position in which to be and one which is occurring more frequently.”
Taxation is an area which has left many Irish investors confused. There is generally a lack of understanding of taxation and prior due-diligence was non-existent for many purchasers. This has often led to people not realising the expected return from their overseas property investment.
Murphy says: “Each country will have its own tax legislation and applicable rates can vary depending on the residency status of the property owner. Allowable expenses differ significantly from one country to another as do the rates at which certain expenses are deducted. This becomes important when using an overseas accountant as the figures provided to your Irish accountant may include incorrect or expenses which are not allowable by Revenue.”
Ireland’s DTA with each country is unique and, while many are broadly similar, what exactly is covered can differ significantly. An example of this is the recent DTA which has been ratified between Turkey and Ireland. The previous Irish Turkish DTA did not cover income tax or capital gains tax.
For further information contact PTI on 087-298-3358 or visit www.ptireturns.com.