‘Get Your Money Back’ Seminar for Dublin on October 2nd 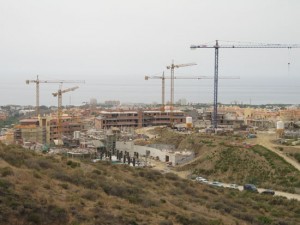 The Spanish Property Action Group and Bulgarian Property Action Group have formed an alliance to host a selection of what they’ve termed ‘Get Your Money Back Seminars’. The first is to be held at the Rathcoole Suite, Citywest Hotel in Dublin on October 2nd. Bulgaria will be covered at 2.00pm with Spain following at 3.30pm.

These seminars are aimed at the thousands of Irish property investors who purchased off-plan property in Spain and Bulgaria that are now desperately trying to reclaim their money due to the failure of developers to complete developments. These seminars will be of interest to you if you have been experiencing problems with a bankrupt or missing developer, an unfinished property development, have had problems with building licences, are experiencing high lawyer fees for administration or have doubts over bank guarantees offered at time of purchase.

Many property developments in both Spain and Bulgaria have not been completed. Even when completed some remain without water and electricity, others are half built and quite a few were never even started. The developers and banks involved often refuse requests to fulfil contractual obligations and, where deposits have successfully been recovered, it has often taken years and involves a lot of stress. In some cases, this has led to extreme financial hardship for the victims. Many people have lost their life savings or retirement funds because of the illegal activities of unscrupulous developers and the lawyers representing them.

The two Action Groups involved say they “know how to recover funds because they have already done it successfully and know the pitfalls to avoid.” They also claim to be in a position to offer a realistic, low entry cost service as well as sound, proven advice to those in similar positions.

While a successful outcome can never be guaranteed the group says: “Spain and Bulgaria are law abiding, modern European countries and like any legal process, if a case is just and right, and presented in the correct manner the chances of success are high.” It continues: “The one guarantee is that whatever the outcome, this will draw a line under the matter and you can be confident that all that could have been done by way of due diligence and legal process, has been done.”

The groups have partnered with a select panel of highly proficient and experienced lawyers with expertise in Spanish and Bulgarian property, contract and consumer law. They are all purposely situated outside the geographical and political area of influence of the developments to prevent even the slightest possibility of impropriety caused by inappropriate advances from developers and their legal representatives.

The lawyers allocated will evaluate each individual case, weighing up the likelihood of success based on similar cases taken by other purchasers on the same or similar developments before accepting a case and then pursuing the claim. If for any reason, they decide that there is not a case to be answered, or they judge that a case cannot be progressed to a successful conclusion, it will not be accepted and no payment will be requested.

You need to register to attend, you can do so at www.spanishpropertyactiongroup.com or www.bulgaria-property-action-group.com.