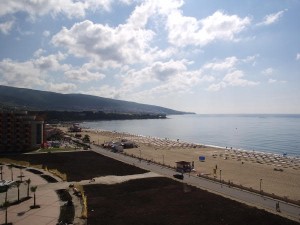 Unfortunately it has become the story of the property boom and bust – property buyers who have put down their money, taken their chances and seen absolutely nothing for it. It should be noted, as pointed out here before, that such stories are manna for the media whereas those whose portfolios are performing admirably don’t really make great reading. The property industry was built up as the ultimate investment vehicle, then the economic crisis hit, banks struggled and the industry has been shunned ever since. We’re now busy kicking it while it’s down – a standard part of the popularity lifecycle of an investment asset it would appear. The truth, as always, lies somewhere in between – it can be a good asset, but it’s far from the only one and not without its share of risk. At some stage in the future buying and owning property for investment purposes will become fashionable again, although you wouldn’t think it at the moment. Ironically, if you’re in the market for an investment property now is a far better time to consider it than 2006 was, when property promotion mania was at its peak – but it is easy be wise with hindsight.

In any case, if you’re one of those misfortunates that has spent money on property overseas and currently has nothing to show for this investment, you should probably read on.

There are a number of reasons why a purchaser may be unhappy. The most obvious one is long delays in completion or signs that the development has ceased meaningful work completely. There are others, however, such as unmet expectations, variable quality of property build, facilities promised and then not supplied, breach of contract, negligence and fraud.

Pamela East of the Bulgarian Property Action Group has said that there are procedures you should follow if you are seeking to have your money refunded. Her area of speciality is obviously Bulgaria and the following advice is specifically for this market. Usually the first step is to cancel your preliminary contract and officially ask the developer to refund your money. If your development is long past the completion date outlined on the contract then it is likely that the preliminary contract can legally be cancelled on the basis of breach of contract, allowing you to demand your money back. This does not, of course, mean that your demand will be met. Developers worldwide are renowned for being particularly difficult to separate from deposits once they have been paid over.

East says that if you have cancelled your preliminary contract, asked for a return of your funds and the developer has not returned your money the only other option is to begin legal action to reclaim it. At this point it is important to point out that winning a case will not automatically lead to a refund. Frequently the developers in question have no money and therefore do not have the ability repay, whatever the outcome of legal proceedings.

Consequently, East says that your first port of call should be an independent lawyer to research the assets of the developer before commencing any legal action. In Bulgaria, if the lawyer finds that there are unencumbered assets against which a judgement can be made then the court can seize these assets as security against any potential claim as the first step in your legal action. This is a system specific to Bulgaria. If there are no assets that can be seized then cut your losses, there is little point in starting a case.

If the court gives a judgment in your favour then any assets that have been seized such as apartments, cars, bank accounts, etc. can be sold at public auction to recoup what is owed and cover legal fees. If your claim is unsuccessful you have the right to appeal, as does the developer if you succeed.

East admits that the preceding advice is over-simplified, but it does give the essence of the procedure for attempting to recover funds from a misfiring property investment in Bulgaria.