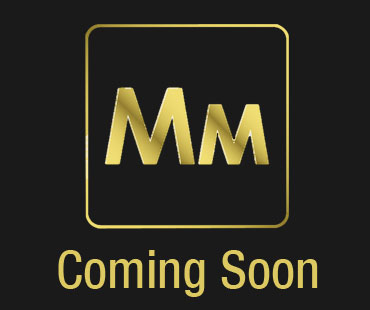 MacAnthony Media – The Future of Media has Arrived

Anyone who has ever had any interest in overseas property tends to keep an eye on what Darragh MacAnthony, once ruler of the Marbella based MRI Overseas Property empire and current owner of Peterborough United Football Club, is getting up to now that his property sales days appear to be behind him.

Twitter followers will probably already be aware that MacAnthony has been particularly active on this front for some time. His own account, @DMac102 is well established, but many will also have noticed that a relatively new account, MacAnthony Media, has entered the Twitter-sphere.

MacAnthony, who now lives in Florida, released his first book last month. It is titled “From Hobby to Obsession – A story about buying a Football Club and turning it into the most entertaining Football Club in the country”. You can read some reviews of Darragh’s first literary outing here. 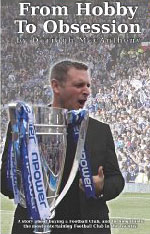 The Twitter account for the new media venture claims; “The future of media has arrived! For more information please contact info@macanthonymedia.co.uk”. There was nothing on the MacAnthony Media website at time of writing, apart from the logo above, but we’ll be keeping an interested eye on the site to see what does appear there once the venture, which MacAnthony claims is currently setting up offices in Peterborough, becomes a reality.

Update: The website has since confirmed that it will be involved in “BOOK & MAGAZINE PUBLISHING, WEB DEVELOPMENT, DESIGN, HOSTING, MOBILE APPLICATIONS AND DESKTOP PROGRAMMING.” It has also announced a sponsorship deal with Peterborough’s annual live music festival.

The news of the new direction for MacAnthony has come as no solace to former clients of the now defunct MRI Overseas Property. A sizable number of them, some of whom are behind the MRI-SG support group portal, claim that MacAnthony has taken deposits for property and furniture that was never delivered. They therefore feel thatMacAnthony’s new ventures are being funded by their money. It is a topic of some contention among disgruntled MRI clients, but all the accusations have been denied vehemently by MacAnthony and the other MRI directors who have been included in the claim.

MacAnthony appeared in court in Marbella earlier this year to answer some of the accusations being made against him but no verdict had been revealed at time of writing. The Irish Independent also revealed on October 16th 2012 that the plaintiffs in this case have request a halt to the sale of MacAnthony’s Marbella mansion, valued at €20m. They claim that it is his only asset in Spain and, should the verdict go against him, will be required to pay the estimated €12m cost of the case.