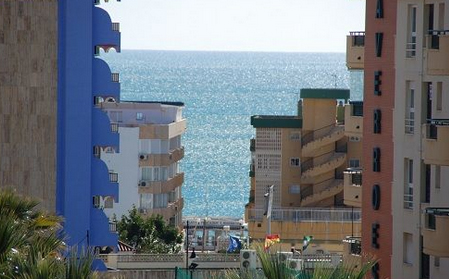 There are genuine concerns in the Spanish property industry that new Spanish laws will deter investors, who are already avoiding the country in their droves.

According to Daniel Talavera of the Spanish Brick website; “Spanish policy makers are really working hard in order to make a much more difficult framework for the already declining property market. 2013 is probably the year in which the Government is trying to lock up the domestic property market to overseas investors.”

The first hurdle for property owners is the Energy Performance Certificate which becomes compulsory for sellers and landlords as of June 1st  2013, but other new obstacles for foreign investors are being put in place says Talavera. It appears the Spanish ability to deter people from investing in the country is to continue unabated.

The main obstacles, according to Talavera, are the Golden Visa, banning of holiday rentals, non-Spanish residents being required to declare overseas assets and a reduction in the notice period required of tenants who wish to leave a property.

‘The Spanish ‘Golden Visa’ entitles non-EU property investors to acquire a residence Visa in Spain on purchase of a property. Originally it was suggested that the threshold for this Visa would be €160k, but on introduction it is now to be €500k instead.

According to Tallavela 97% of those who expressed an interest in the visa had a budget below €500k which means that the introduction will have virtually no affect on the badly struggling Spanish property market.

Yes, you read that correctly.  The ‘Alquiler Vacacional’  allows regional governments (Comunidades Autonomas) to remove the right to rent a property to overseas tourists. The mind boggles. Only in Spain as they say – no other country would even dare consider such a retrograde move. This is not just a rumour, it is currently in operation on the Balearic Islands, where flats and apartments cannot be legally rented to tourists. Catalonia and Andalucia (which includes the very popular Costa del Sol) could also consider such a ban as a serious option. Should it come to pass, this would be a crushing blow to investors with property along the Costa del Sol, many of whom are already dreadfully stretched financially.

The reason being given by the Spanish authorities is to protect the viability of hotels and tourist resorts against competition from individual properties. Thousands of owners will be eagerly waiting on the decision of their Regional authority and a rapid exodus from Spain could be on the cards if it is introduced elsewhere.

This is another head-scratcher. The Spanish government requires that any resident (living in Spain for more than 183 days) with over €50,000 of assets abroad  must declare their overseas assets in Spain. As an enticement to come and invest in the free-falling Spanish property market it doesn’t rank high on the list.

In May 2013 the Ministry of Public Works introduced a new rental framework. One of the alterations includes a clause stating that a tenant can walk away from a rental contract by giving just one month’s notice once they have been renting the property for six months or more. In a market swimming with empty property making rentals very difficult to obtain, this is a further blow to already struggling property owners. Proponents claim that it will raise rental prices for those properties that are rented, but this is unlikely as any increase in rental will merely result in tenants moving on to the next property.

This is quite short notice for landlords, especially in the current market climate. Spanish experts have pointed out that this uncertainty could help to increase the rental price because the owners want to have more yield against insecurity. We will see.

Landlords can remove tenants with a 2 month notice period – but only as long as the property is going to be used as a permanent residence. They just keep on coming if you’re a property owner.

On top of all this Talavera claims that tax rates on purchasing and rental income are too high to realistically attract investors.

It appears that the Spanish government has a lot of work to do to rekindle the interest of overseas property buyers in Spain and there are no signs at all that it has any interest in addressing any of the concerns currently strangling its market.