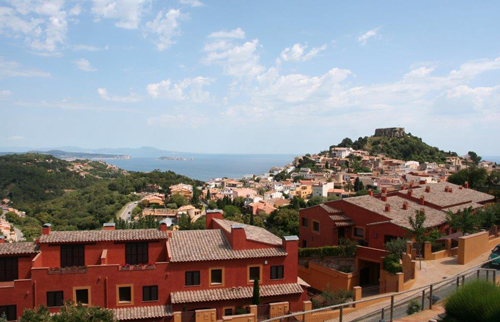 Is the prospect of a Spanish Property market rebound real, or just fantasy? If property specalist uv10 is to be believed, it is certainly a reality.

Established in 2007 as a Brazil property specialist, uv10.com has backed its assertion of a Spanish property market rebound as it is now back on Spanish soil with the launch of a new HQ on the Barcelona coastline. Following the overseas buyers’ market back to Europe, the boutique estate agent hopes to bring the Costa Brava to a primarily British and Irish audience.

What Points to a Spanish Property Market Rebound

Sales Director for uv10.com, Samantha Gore, says, “Prices have really bottomed out in Spain and, as European economic conditions steadily improve, overseas investors are coming back in great numbers. Spain is the ‘devil you know’ for many northern Europeans, easily accessible with great flight connections, and it’s also the fourth most popular destination in the world for holidays, receiving 56.7 million visitors in 2013. This makes it ideal for both long-term investment and lifestyle. Throw in the new Golden Visa law and Spain really is a compelling proposition.”

It is interesting that in Spain, uv10.com has avoided the ‘old reliables’ of the Costa del Sol and Costa Blanca, with the new operation centred around the Costa Brava to include Barcelona itself and as far as Sitges in the south and Begur in the north.

“There are still many relatively undiscovered places on this coastline,” says Samantha, “and we want to introduce buyers to beautiful areas they hadn’t imagined existed on the Costas. It is an upmarket part of Spain with quality properties that cost money, so we’re focusing on the €500,000 plus market and discerning buyers who are seeking the lifestyle, and are able to wait for longer-term returns. The quick investment pitch for Spain is still a thing of the past and mortgages can be hard to come by, so we feel we can better serve the wealthier client who will appreciate the more exclusive areas of Catalonia for personal use, not forgetting rental potential”

Having won a slew of awards, from the OPP, AIPP and International Homes, uv10.com is still involved in Brazil and that isn’t going to change. The country’s economy is still performing well, there is still a shortage of housing, and the domestic property market is booming as Brazil’s middle class continues to swell in number. There are however a number of differences between the two locations when it comes to buying a property.

Samantha explains, “It is far easier for northern European clients to visit property in Spain in person and therefore get a feel for the location and the developer behind their new home. It is also far easier to transfer money in and out of Spain and, whilst loan-to-value can be low, it is feasible to get a mortgage in Spain whereas that’s still an impossibility in Brazil. Developers must have a bank guarantee for client funds by law in Spain, unlike Brazil, and overall it’s more of a known quantity which gives buyers confidence. Finally, none of the scandals such as land grab and extensive overbuilding have taken place on the Costa Brava, and it’s straightforward to gain a licence for short-term rentals, unlike other parts of Spain.”

The company offers a tailored, exclusive service to wealthy buyers looking in Catalonia, with an eye on the Golden Visa market. The Chinese are already buying up entire blocks in Barcelona and Russian buyers are prevalent in particular in Platja d’Aro, to Barcelona’s north. There is a serious lack of new property which will likely push resale prices up again over the next few years and, as the market improves, the company will look to cover more areas of Spain in the future.

Pictured at the top of the article, uv10 is currently offering four spacious three-storey townhouses, already under construction, in the traditional yet upmarket hillside enclave of Begur. Designed to maximise Mediterranean and island views below, the houses have traditional Spanish facades with Moorish-style roofs contrasting with airy modern interiors with all mod cons to include air conditioning and Siemens appliances. Each home has a private garden alongside a communal pool set in shared gardens. The town centre is a five minute walk with its seafood restaurants and pretty cafes, while the beach of Sa Tuna with its crystal clear waters is just five minutes by car. Barcelona’s Airport is a 1.5 hour drive and Girona 40 minutes.