Home News Out of Touch 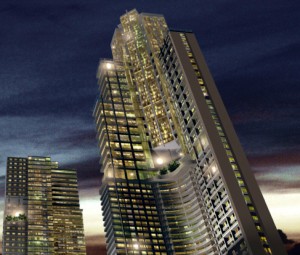 Off Plan, Anywhere, Isn't Doing It

Just a quick observation on what passes for content in the property sections of our newspapers these days, simply because it is a lesson in extreme frustration.

Over the past few weeks I’ve encountered editorial for off-plan developments in the Phillipines, similar in Panama and a whole section on New Zealand.

It’s a pretty impressive array it has to be said, but taking the current state of the Irish investment psyche into consideration it would appear to be an exercise in futility.

Firstly, the Irish invested in their hordes overseas, predominantly in off-plan property heavily promoted in the Irish press, from 2000 to 2007 – then they stopped and they haven’t restarted since. Many who invested at the peak of the boom got very badly burned and circumstances have changed drastically for many more. What is of interest to them at the moment is how to recover money or have property completed in countries such as Morocco, India, Dubai, Cape Verde, Spain and Bulgaria. What is of absolutely no interest is off-plan anything – anywhere. They’ve seen the dangers of off-plan investment and won’t be going back there any time soon.

At times of major recession investors return to that which is safe, comfortable and, most importantly, close to home. Irish investors are far more likely to consider property in Ireland that is good value for money these days than they are to look at the attractions of Panama – it’s hard to blame them really. “Ben there, Dunne that, bought the Taoiseach” as the old T-Shirt slogan used to go.

I have direct experience of how difficult it can be to manage an overseas portfolio, even with a management company in place. I visit my own properties overseas at least once every year and I can’t see any excuse for not doing so. Where would this leave you with a portfolio half way across the world? Not in a good place I fear. The way fuel costs are currently going it could shave an enormous amount off your bottom line – presuming there is a bottom line off which to shave it.

One would sometimes wonder if those who are highly paid for editing our national newspapers are actually living in the same world as those for whom they are supposed to be providing content.

Considering they are all paid salaries of well over €250k per annum you would have to say that they probably aren’t, and it shows in the out of touch drivel that is consequently commissioned.