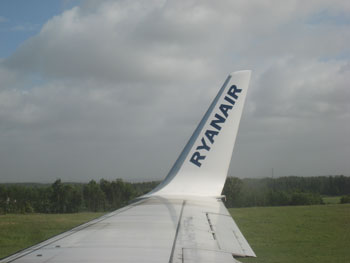 Ryanair Flying out of Ireland

A brief trip to Norway last week highlighted an issue that is going to face the Irish air traveller, sooner rather than later. The Ryanair problem.

This is not, as you may immediately think, anything to do with the usual foibles of Ryanair and it’s notoriously irascible Chief Executive. It is, instead, an issue of size – Ryanair has become increasingly large and Ireland simply isn’t big enough for the airline anymore. Mr. O’Leary has already said that the airline cannot chase a larger traveller base anymore, its days of voracious expansion appear to be behind it and it is to simply leave many of its newly acquired Boeings on the ground for the coming winter rather than opening new routes for them.

So what, you may well say, does this refer to exactly. The problem is that Ryanair will not continue to fly quarter full flights from a small Irish population base to nondescript airports around Europe. As my Dublin to Rygge flight (a small Norwegian outpost referred to by Ryanair as Oslo, which is in fact an hour away by bus) in May highlighted, not alone is the Irish population dropping, those that are left cannot afford to travel as much as they used to and you’d have to wonder how many want to fly to an airport that far from Oslo. There were certainly very few interested in the trip when I flew there at the end of May 2011.

The obvious objective for Ryanair now is to utilise as fully as possible its existing stock of aircraft. When you consider that the entire island of Ireland contains the same population as the Greater Manchester area of England, it puts into perspective what is happening with the airline and what is likely to continue at a greater pace in the future. Ryanair will continue to move planes away from Ireland to more populous regions across Europe.

Be prepared for the fact that the airline will blame the reason for this move on the DAA, the Irish Government, the Irish Guide Dogs Association – essentially anybody but Ryanair – simply for PR reasons you understand. The reality though is that the company, as it grew its market share, was always going to have to move the majority of its fleet abroad. Of course this means that Irish property owners abroad will find their cost of access rising and their ease of access very heavily affected. Whatever else you say about Ryanair, there is no doubt the company brought down significantly the overall cost of air travel across Europe. As it pulls more and more planes out of Ireland you will find the cost of travel here may well increase. Ryanair itself has conceded that its fares will increase by something in the region of 12% next year and it has introduced a number of new charges on booking that cannot be avoided. It has said that this is a reaction to the money it was obliged to repay for flights cancelled due to the Icelandic Ash Cloud, but you may find on further investigation that it is, in fact, the Fuel Surcharge that the airline said it would never introduce. As Ryanair’s charges rise and it runs less and less flights from Ireland, the remaining operators here will take full advantage and raise flight prices accordingly.

It would be quite ironic if, rather than dropping the price of flights in Ireland, Ryanair ultimately led to the end of the era of cheap flights for Irish citizens.

By the way, if you are ever inclined to complain about the cost of living you should visit Norway – ouch. 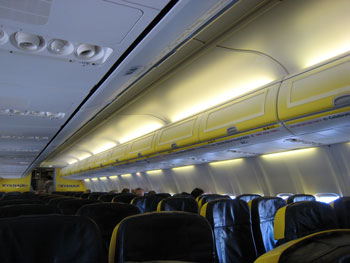 Empty Ryanair Flights Will not be Tolerated