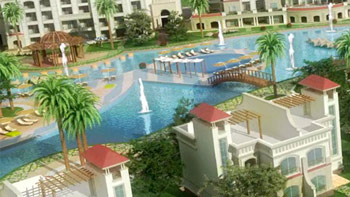 If you are in a position of having put a deposit on a property in the Excelia development of Saidia Mediterrania in Morocco then you may well be quite interested in this piece.

NOTE: New findings by the Spanish Supreme Court mean that those who signed contracts with Spanish companies like Property Logic and Fadesa, who deposited funds into a Spanish Bank Account and had Spanish Bank Guarantees may be able to reclaim their funds via Ley 57/68 in Spain. Click here to learn more.

Essentially I have been quite heavily involved in organising a legal action against Excelia to recover deposits for property purchased, but not delivered, in Alcudia Smir on Morocco’s Mediterranean coastline.

In the course of this particular action I came into contact with a number of people involved not with Alcudia Smir, but with Saidia Mediterrania instead. To say that they were not happy with what they had encountered to date would be to put it mildly and, from the following website, it would appear that they are not alone in their frustration (we apologise for borrowing their picture to go with this piece).

Unfortunately, to date we’ve not got enough interested clients in the development to justify taking a group action against Excelia (formerly known as Fadesa, Martinesa Fadesa, Fadesa Maroc and Addoha prior to its being called Excelia – nothing with this group appears to be straightforward).

I am currently looking for people who have invested in this development and who have, to date, not received their properties, even though the due date has long since passed.

If you are interested in speaking with me about the issue just send an email to info@diarmaidcondon.com and I’ll come back to you on it.