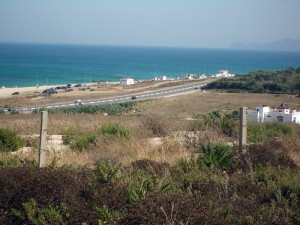 I spent the best part of last week in Marbella speaking with a selection of solicitors about the hopes for recovering deposits from Morocco. What I was essentially looking to do was to regain funds from incomplete or poorly completed developments particularly along the Mediterranean and Atlantic coasts of Morocco. I returned home with a lot more hope than I had anticipated.

NOTE: New findings by the Spanish Supreme Court mean that those who signed contracts with Spanish companies like Property Logic and Fadesa, who deposited funds into a Spanish Bank Account and had Spanish Bank Guarantees (or in some cases without) may be able to reclaim their funds via Ley 57/68 in Spain. Click here to learn more.

The good news is that deposits can be recovered from Morocco, but you’ll need to deal with a company that has a certain set of competencies that aren’t easily found – hence my trip to Marbella.

I’m glad to say that I spoke to at least one company there with the necessary qualifications to take a case to have deposits refunded from delayed developments in Morocco. This particular visit was dealing specifically with the AP5 development in Alcudia Smir in Morocco, also known as Residences du Soleil.

One issue that was raised by every solicitor I met last week was that that of completion. Whatever happens and whatever you decide to do, you must do it before the developer completes on the project, otherwise you do not have a case, full stop. If and when you receive your notification that the ‘licence of first occupation’ is available for your property then you are obliged by law to complete on the property. If you have not made an objection of some description to the developer before that time the law will see it as an acceptance that you had no problem with the delay and the law immediately switches to the developer’s side.

Essentially, this means that, even if you decide not to partake in an action of some description to recover your funds, you should lodge a complaint, preferably through a recognised legal channel, showing that you have a problem with the delay to the project and that this complaint has been legally registered. In Spain this is usually facilitated by sending what is termed a BuroFax – this is a registered fax, sent open, with the contents legally noted.

If you do not do this then the builder is perfectly entitled to come after you for the balance of payment. Whether he would do this or not is debatable, but it is obviously better that you negate his ability to do so in any way possible.

In case you are wondering what the Spanish connection is in this particular case it is because the development was originally sold by Fadesa in Spain, via Larionovo in Ireland. Consequently most of the bank guarantees issued for the developed were drawn on Spanish banks, which adds an extra level of complexity to the whole issue.

For those with investments in AP5 I have received reliable information that the licences of first occupation will most likely be  issued in September or October of this year so any case being taken would have to be lodged before this time. Apparently the building looks very much like it is completed, but there are obviously items outstanding that will take a further few months to complete. In fact any action would probably need to be lodged in the next month or two (May or June 2011) as nothing is likely to happen during the summer months of July and August, so it needs to be well under way before this time. Other than this the developer can claim that the property was completed before any complaint was made and, after that, the chances of success would be minimal. In fact, at this stage the company would refuse to take on the cases on that basis.

If you would like to be included in any proposed action to recover deposits from Alcudia Smir please drop me a line on info@diarmaidcondon.com and I’ll come back to you on it.

Since the above post was written things have moved along significantly. The group we formed following the above post is currently in the final phases of negotiating a refund from Excelia/Fadesa/Addoha, etc. This group is, unfortunately, closed to further entrants at this stage. We have, however, over the period of time over which we have been following up this case, made some very good contacts in Spain and Morocco. We are now able to offer services to a range of people who are currently experiencing problems in recovering deposits from Morocco.

The projects in which we currently have most interest include: