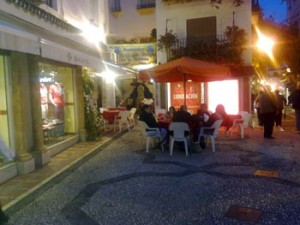 You’ve all heard the stories that Spain’s housing market is, much like our own, very much in the doldrums. To put it in context in the Costa del Sol, an area well known to Irish investors, it is estimated that appraisals (property valuations – a step necessary to get a mortgage for a property in Spain) are down by 97pc in Malaga, 67pc in Marbella, and 93pc in Mijas. In fact, in a number of Andalucian municipalities appraisals are down by 100%. This means that in the First Quarter (Q1) of 2011 there were no appraisals at all in a number of areas (see Mark Stucklin’s reference here).

This is one of the more reliable measures of economic activity in the housing market in Spain as Spanish Ministry of Housing figures can be, to say the very least, a little dubious.

Why should all this matter to us? Well, for a start it is one of the factors that belies the assertion that Spain is not next in line for the begging bowl from the EU – following Greece, ourselves and Portugal into that club of very dubious distinction. It is widely asserted in a number of arenas, here’s one as a for instance, that the very reason the EU has stuck it’s thumb in the dam that is our financial crisis is, thus propping up the PIG countries, is to stop the avalanche that would be perpetrated by the S of the PIGS going into financial meltdown – the S being Spain. As Mr. Hobbs’ so aptly put it “Ireland is the pin. Spain is the grenade.”

It is very obvious when you are in Spain that this grenade, if it hasn’t already exploded, is on the brink. Economic activity in one of the tourist capitals of the country during Easter week, was negligible. The lack of commerce is tangible. The Spanish have acquired the Irish art of the extremely not-for-profit activity of window shopping. As you’ll see from the picture accompanying this article, liquidation sales in the heartland of Marbella’s Old Town, Orange Square, point to problems that will take some solving.

Unfortunately for the EU’s bean counters, Spain is a tough nut to crack. Much of the property oriented debt in the country is within it’s Caja’s (savings banks, much like our building societies) which don’t publish figures – so nobody knows for sure what’s happening – or more to the point, what’s not happening. Property pricing estimates in the country are also notoriously unreliable with a huge gulf between ‘official’ figures and prices being reported on the street.

Quite apart from this being very depressing news for those Irish looking to sell property in Spain – let’s be honest, you’ll be waiting a long time if you’re looking to make a profit – it is going to call into question the whole Euro single currency scenario. Let’s be honest (and I’m no economist) while Germany continues to grow and prosper Euro based interest rates will continue to rise. Happenings in little old Ireland will have no effect on this scenario, nor will lack of activity in Portugal, Greece or even Spain – which is considered one of the European heavyweights. As interest rates rise for countries that cannot stimulate economic activity even at current historically low interest rates, something is going to have to give. It may well be the Euro.

A two-tier Euro, with Ireland, Portugal, Greece, possibly Spain and other economic basket cases trading in Euro-lite. Either that or we’ll have to default on something, somewhere – and that would most likely lead to us being unceremoniously evicted from the EU. This is the same EU which sat idly by while German and UK banks lent vast amounts to Irish banks to fan the flames of a property buying frenzy for which Ireland Inc, i.e. its tax payers, is now being asked to pay.

It’s very similar to the reason why the US will not invade Syria to help with its woes – it has no oil. Ireland is only being bailed out because it holds so much key European debt. Our bad debts are its bad debts – if we default those debts won’t get repaid and that will lead to a number of key European banks being brought to their knees.

It could all get incredibly messy. Watch this space.