You may well have read or heard that overseas property owners who had been given property in Spain may well be due a Spanish Gift Tax refund. This is because the Spanish government is being forced to repay millions of Euros to overseas holiday homeowners who were hit with punitive Gift and Inheritance Tax charges. This post is about Spanish Gift Tax Refund, but if your case involves a Spanish Inheritance Tax Reclaim, which is also an issue, you should use this link. 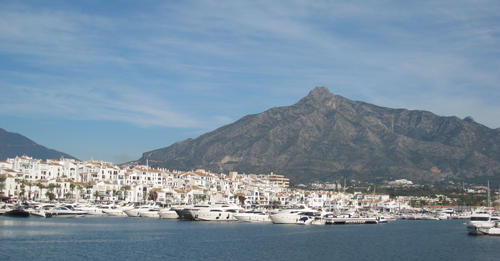 This Spanish Gift Tax charge – which can be as much as a third of the property’s value – has been levied on thousands of foreigners gifted property in Spain.

Under the law applicable in Spain at the time, Spanish residents were exempted from up to 99% of the Spanish Gift Tax charge, but owners living abroad had to pay the full amount within six months of being given the property.

Following a European Court of Justice ruling (you can find the EU ruling on Spain’s Inheritance/Gift tax here on the European Law website. If the link doesn’t work go to the European Union Law website at http://eur-lex.europa.eu and search for ‘2014/C 395/03’) in favour of recipients of Spanish property, the Spanish Authorities are now being forced to repay the Spanish Gift Tax paid by non-residents. However, you must file a claim against the Spanish Authorities to get the money, its not automatically reimbursed. The ruling applies to mainland Spain as well as Spanish owned island groups such as the Balearics (Mallorca, Ibiza, etc.) and the Canaries (Tenerife, Gran Canaria, Lanzarote, etc.).

For those who take a case to have the over-payment of Spanish Gift Tax refunded the average reclaim is estimated to be in the region of €30,000, so it is certainly something to consider. Because it is an overpaid tax the Spanish government is also obliged to pay interest on the over-payment.

A property in Spain can be a wonderful asset to receive, but to then receive a significant unexpected tax bill takes a lot of the good out of the gift.

In many cases it has resulted in the sale of the property because the recipients were not in a position to pay the tax. For years this is what has been happening to foreigners receiving property in Spain.

Anyone who has paid Spanish Gift Tax over the past four years can claim back all the tax they overpaid. Having sold property in Spain for a number of years I still have a lot of connections there. I have actively sourced the company that is considered the most experienced in this area and this company has agreed to split its commission, so it will cost you no more than it would have going directly to them. Because this company makes these claims on a daily basis, it is extremely proficient at them. Once your eligibility for a refund is confirmed, the success rate is 100%. Everybody who meets the criteria goes on to claim a refund.

One large warning however. Filing in the Spanish reclaim forms is complex and daunting even if you are fluent in Spanish. It is a task that should only be undertaken by a legal expert specialising in this area. Whoever fills out the forms need to be fully versed in EU Tax Claims, as there is no single form to fill in. You should also remember that you can claim only once so you need to choose carefully who acts on your behalf to reclaim your funds.

If you wish to file a claim you must fit the following criteria:

Please do get in touch if you would like to obtain a free analysis of your case and, if we take the case on, we are confident of our success rate it will be on a ‘no win no fee‘ basis.

If you are interested in further information send an email to info@diarmaidcondon.com and I’ll take it from there for you.