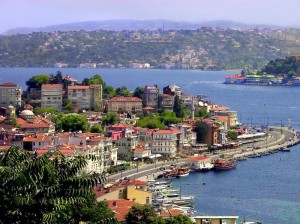 Turkey has always had a little place in the hearts of Irish and UK property buyers. It has never caught on as a destination for real investors, but for those who wanted an affordable holiday home in the mid-noughties, it was a real option. It appealed to those left out in the cold by staggering price rises in Spain and Portugal, the two most popular markets for Irish and UK property buyers due to proximity and familiarity. The recent news of a 17% Turkish VAT Increase on new-build property is likely to hit the Turkish property market pretty hard.

This in itself may be no harm. Inflation rates have been accelerating in Turkey in 2011 and 2012, with official rates peaking at around 12% in mid-summer 2012. Those living in Turkey will tell you, however, that the real rate of inflation is probably actually greater than this. With buyers moving from the more subdued traditional markets across Europe on the back of a Turkish boom, property prices had already started to escalate dramatically. Incidentally, you should never invest in a country that is experiencing a boom, because you’re invariably already too late to profit from it – but that’s for another article.

In any case, the extra Turkish VAT increase (known as KDV in Turkey) on off-plan property is likely to deter quite a few overseas buyers from considering the Turkish market which could, in turn, cool down property prices. Oh that the Irish government had taken a similar stance in 2002, things might have been a lot different.

The Turkish VAT Increase was probably overdue when you consider it was levied at  just 1% on property with an enclosed living area of under 150 sq. m. The rate only went to  18% for properties over this size, which excluded all but the most palatial foreign owned properties. This rate is now to move to 18% for the vast majority of properties. The law is only applicable to building plans submitted from the beginning of 2013. If your property received planning or was sold before this time it will not be subject to the VAT increase. If you are currently in the market for a property in Turkey you’d better get your skates on, because prices will probably go up in the short term.

For those who already own a property in Turkey or bought off-plan before the introduction of the new Turkish VAT Increase it is probably good news. Such VAT increases generally tend to also increase the asking prices of those properties that don’t have to pay it in order to bring the market back into line again. Of course asking does not mean receiving, but if off-plan properties increase in cost by 17% then other areas of the market tend to attempt to move upward accordingly – certainly for the short term.

This does tend to be a short term phenomenon, however, and it is very likely that the new Turkish VAT hike will cool the demand for property overall, thus reducing prices in the longer term.

If you would like to advertise property in Turkey that will escape the new KDV tax increase please drop me a line on info@diarmaidcondon.com and we can discuss having them included at the end of this article.