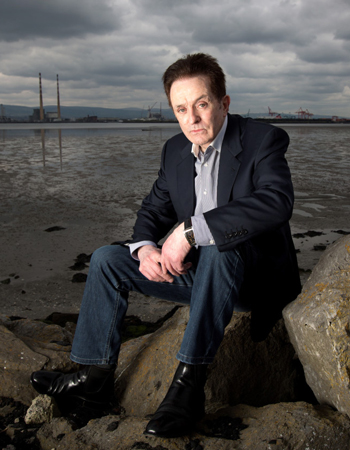 Mr. McGeever would like us to think of him as a ‘hard working man’ and denies he has ever wronged individuals in his dealings. The facts, however, would have us believe differently. Mr. McGeever has left a trail of financial destruction in his wake across four continents, but appears to be able to pass this off as if it were of no consequence. He is of interest to this website because of his misleading of ‘investors’ in a variety of projects in the Emirate of Dubai. He has, however, caused untold distress to those who have had the misfortune to make his acquaintance across a variety of sectors. A further piece on the Irish Sun on Monday puts McGeever’s Sunday interview in perspective. It is an interview with Darragh Crosby whose father, Martin, committed suicide in 2013. The main reason for his untimely demise were huge debts he racked up while working on McGeever’s mansion in Craughwell, Co. Galway. The interview with Mr. Crosby is well worth reading – you’ll find it here.

The big question here is ‘Why is Kevin McGeever not in jail?’. He has defrauded individuals everywhere he has gone in his business lifetime. He now lives in an upmarket apartment in Clontarf (a very well to do suburb of Dublin) and from the Sunday Independent interview you would conclude that he is still quite wealthy. Mr. McGeever owes a lot of people substantial sums of money, so the fact that he is able to live a comfortable life with substantial means would sit very badly with people who have lost their livelihoods and even their lives because of this serial crook.

You can find an article here in the Irish Times by Brian Carroll, who has traced McGeever’s activities down the years for an RTE Documentary which he says is called ‘We Need to Talk About Kevin’ but ultimately RTE called it ‘The Many Lives of Kevin McGeever’. The piece will leave you in no doubt as to the financial and emotional distress McGeever has left in his wake down the years. Brian Carroll also did a very good interview with Anton Savage on Today FM – you can listen to the piece here.

That the most the Irish authorities could conceive to charge this man with with was ‘wasting Garda time’, for which he received a suspended sentence, is an indictment of our legal system.