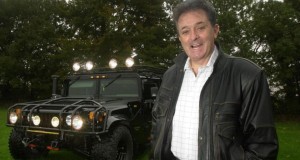 Kevin McGeever, following a belated guilty plea, was given a 2 year sentence, suspended for 5 years, for wasting Garda time. You can find a report on the ruling here.

Kevin McGeever, the west of Ireland developer found wandering near Ballinamore, Co. Leitrim in a malnourished and bewildered in January this year, has admitted to Gardaí that his ‘abduction’ was an elaborate hoax. Mr. McGeever told Gardaí this week (Mid-March 2013) that he had been, in fact, in hiding in an isolated cottage in the West of Ireland in order to escape a host of disgruntled ‘investors’ who had given him money for development projects in Dubai.

The wandering property developer, Kevin McGeever, has admitted he made up the extraordinary story that he was kidnapped and held captive for eight months because he was under financial pressure.

The developer from Mayo, who is wanted in Dubai for an alleged property fraud, came clean after his arrest for wasting police time last Thursday, according to sources.

Detectives were increasingly sceptical about his improbable tale, which made international headlines after he was discovered by passing motorists wandering barefoot and confused on a country road in Leitrim.

The word “thief” was inked on his forehead, he was emaciated, his beard had grown down to his chest, and his finger nails hadn’t been cut for months. He claimed he had been abducted and held captive at gunpoint for eight months in darkness, in a freezing container.

However, the Sunday Independent can reveal that Mr McGeever has now admitted it was all an elaborate ruse designed to keep out-of-pocket investors off his back.

His plan backfired when the motorists who found him insisted on bringing him to a local garda station, prompting a full-scale investigation into his supposed kidnapping.

According to informed sources, the cash-strapped Mr McGeever told detectives that he was under serious financial pressure and investors were hounding him for their money.

He came up with a plan to stage his kidnapping and his subsequent release to keep them off his back, sources said.

As well as giving him breathing space, one of his theories was that the people hounding him for cash would have to lay off him when he re-emerged from “captivity”, because they risked becoming suspects in his supposed “abduction”.

Mr McGeever claimed that he arranged to put his car – a Porsche – in storage and enlisted two people to drive him to a house in “a remote part of the West of Ireland” where he lived in self-imposed exile for eight months, a source said.

The source declined to disclose Mr McGeever’s hideaway, but it is believed gardai have identified the location and are satisfied that he stayed there. According to sources, Mr McGeever went to elaborate attempts to embellish his plan.

He grew his beard and his fingernails to authenticate his supposed “captivity”. He paid his helpers to make regular deliveries of food, such as sandwiches and takeaway meals, but he ate sparsely to lose weight.

At one point last November, he even orchestrated a witness who could verify his tale, summoning a property developer to whom he owed money to see him in a ludicrously clandestine operation. Mr McGeever claimed the purpose of it, according to a source, was to spread the word amongst his disgruntled investors that he was being held captive.

After eight months in isolation, Mr McGeever claimed that he got fed up. He was also increasingly concerned about his partner, Siobhan O’Callaghan, who was seriously ill.

According to the source, Mr McGeever prepared his “exit strategy” in January. He wrote the word “thief” on his forehead in indelible ink. He was driven to Leitrim by the same people who had driven him to the West of Ireland. They released him on to a country road in Ballinamore, where he wandered into the path of passing motorists, Catherine Vallely and her partner.

Garda sources say that Mr McGeever had never intended to make a complaint to gardai about his abduction, but he had no choice when the couple insisted on bringing him to a garda station. That led to him being admitted to Mulligar Hospital where he was interviewed on a number of occasions by detectives.

Nor had Mr McGeever anticipated the interest of the international media – not only in his extraordinary ordeal but also in his chequered past as a property developer and businessman.

It transpired that the elusive Mr McGeever was once pursued by the FBI over an alleged €2.25m fraud and is still wanted by police in Dubai for questioning about a €630,000 fraud. Interpol has twice issued alerts about the developer to international police forces, describing him as a fugitive in both countries.

Gardai remained sceptical about Mr McGeever’s incredible account of his intricate plot to avoid his creditors. However, a source said this weekend that the investigation into Mr McGeever’s abduction at gunpoint was now closed.

“As far as gardai are concerned, the abduction never happened, the crime never occurred,” the source said. The only issue that remains is for the DPP to decide whether Mr McGeever should face charges for wasting police time.

From farming stock in Mayo, Kevin Michael McGeever had worked abroad for years and returned to Ireland during the boom. He sold apartments in Dubai to Irish investors through his company, KMM, holding investor days in various hotels in provincial Ireland.

He built a mansion in Craughwell in Galway, kept a fleet of vintage cars, and divided his time between there and an apartment in Clontarf, in Dublin. But the property market went sour, schemes never materialised, and he had a raft of angry investors on his tail. It’s believed he also owed money for worked carried out at his mansion.

In June he was reported missing since May 27. Gardai were sceptical about Mr McGeever’s disappearance, for various reasons.

Then in November, during a round of house-to-house inquiries, a neighbour in the apartment complex in Clontarf testified to gardai to having seen Mr McGeever on the June bank holiday weekend – more than a week after he had supposedly gone missing.

Later that month, there was another bizarre twist to the tale. A private investigator rang the gardai in Gort to tell them about information he had received about Mr McGeever.

He said he had been told that a property developer who was pursuing McGeever for money had been brought to see the Craughwell man in an attempt to convince the developer that McGeever was being held captive.

Gardai interviewed the property developer in early December. He told them that he received an anonymous call the previous month telling him to turn up at a particular petrol station in Meath at a designated time, if he wanted to see Mr McGeever. The property developer claimed that when he got there, there were men there to meet him. He got into their van, and with a hood over his head, he was driven across country for several hours.

On reaching their destination, the property developer claimed he was brought into a room, the hood removed, and he saw Mr McGeever sitting in front of him. The room was spartan, with a single bed, a bucket in a corner and dim light from a lamp.

He claimed during a conversation that lasted more than an hour, Mr McGeever assured him his money would be repaid and all would be fine. Then the hood was replaced, he was returned to the van and driven back to his car in Meath.

Gardai were bemused by this odd tale. But just as they were delving further into this story, Mr McGeever mysteriously reappeared in an unanticipated blaze of publicity.

There was more for detectives to be sceptical about. He apparently suffered none of the medical issues one would expect in a 68-year-old man who was held against his will in darkness and in freezing cold for eight months. Apart from the weight loss, he was in “remarkably good health”, nor had his eyes suffered from the sudden exposure to light after eight months in darkness.

Mr McGeever kept a low profile since his release from hospital. He stayed with a faith healer in Kildare who befriended him when treating his partner, Siobhan, during her illness. Mr McGeever has been inundated with requests for interviews about his supposed “ordeal” but we were told that it was such a good story, he may ask for a donation to charity.

Mr McGeever was arrested last Thursday at his mansion in Craughwell. He had driven there for the day to check on his property, which sources say is now a bare shell. The property developer who claimed he had been brought to visit him during his period of captivity was also arrested for wasting police time. Both were released without charge.

In a statement to the Sunday Independent this weekend, Superintendent Pat Murray, of Gort Garda Station, who led the investigation, said: “We are very happy with our progress in the arrest phase of the investigation. As a result, we are now happy to say we have concluded the investigation into the allegations made by Mr McGeever.”

Gardai may be satisfied that they have solved the mystery of Mr McGeever’s kidnapping – but the elusive Mr McGeever remains as enigmatic as ever.

From the Irish Independent.