It has been reported in Spain that on-the-ground inspections of unlicensed tourist rentals are set to begin this month. The Irish Times reported in early 2016 that registering tourist properties would become obligatory under the newly introduced Vivienda con Fines Turísticos (VFT). The law, introduced by the ‘Registro de Turismo de Andalucía’ (RTA), requires that all property being rented out on a short term basis must be registered. Periods of less than two consecutive months at a time are deemed short-term. Longer periods than this are covered by ‘Ley de Arrendamientos Urbanos’ for residential lettings. 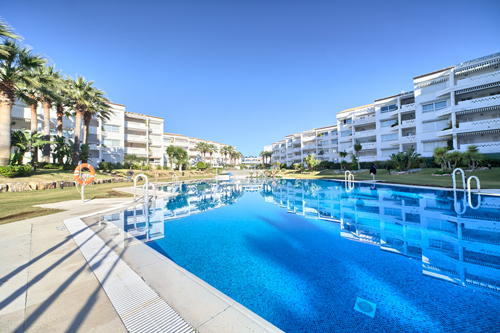 The official line on the need for regulation at the time was to improve accommodation quality, reduce tax fraud and prevent unfair competition. The Olive Press has reported that tax authorities are preparing to carry out unannounced property inspections in person over the upcoming tourist season. These will be carried out by the Agencia Estatal de Administración Tributaria (AEAT), referred to as the Agencia Tributaria, the Spanish equivalent of the Revenue.

There is anecdotal evidence that many Irish property owners in Spain are renting out properties along the coast. Many of these were purchased under different economic circumstances when ongoing ownership was not the aim. It is also felt that income from a large proportion has not been declared for tax purposes. Many were purchased with the intention flipping (selling quickly for a profit on or prior to completion). When the time came owners either couldn’t sell the properties at all or couldn’t do so at a price that would cover their loans, consequently most of these are now being rented out. As property letting through an agency in Spain can be quite expensive, the advent of cheaper online DIY services has caused an explosion in short-term rentals. Airbnb, in particular, has been very high profile and has regularly been the target of ire from local councils, particularly along eastern coastal Spain.

The obligation to upgrade rental properties to the required standard and register them has been contentious since its introduction in Andalucia in 2016. At the time of the introduction there were widespread claims that it was merely an instrument to tax small-scale landlords out of the market. It obviously involves proportionally larger costs for individual owners than larger, professional operators. It was also seen as a method of enhancing the hotel and wider tourist industry’s perceived monopoly on tourist accommodation. Spain does not have a strong track record of embracing such initiatives and, as such, it has been an uphill battle to force those it targets to engage with the process.

There are essentially two separate sets of agencies interested in unlicensed tourist properties in Spain. Local councils have been very pro-active in tracking down evaders. They claim that unlicensed property deprives regions of income and provides tourists with sub-par accommodation. Secondly, the Agencia Tributaria wishes to know about rental income which it believes is not being declared and is therefore untaxed.

Nicola Erlich of Spain-Holiday.com says that all regions have their own specific laws, some of which are quite strict. Rentals in Barcelona are regulated very tightly and both Catalonia and the Balearics have issued Airbnb with large fines. Madrid, Malaga, Seville and Valencia are all examining regulation to curb tourist rentals.

Erlich says that registration in Andalucia is free, which is not the case in other jurisdictions. If owners have more than 3 properties within a 1km radius they need to register them as ‘Apartamento Turistico’, a category to which more stringent regulations apply such as fire escape access and air-conditioning in all rooms. She says that, in general, the laws have led to a better quality product for tourists which, in the longer term, will lead to a stronger industry.

Airbnb claims most of the people using the platform are homeowners trying to make some extra cash or make ends meet. Councils claim it actively enables commercial landlords to continue to drive up rents and displace locals.

What if I don’t Register?

The Agencia will trace owners either through online platforms or via the land registry. On discovery of an unlicenced premises they will request rental data from the promoters. From July onwards platforms are required to provide financial information and will need to include license numbers with advertised properties. They are also required to send historic data to January 1 last if requested. This will make it almost impossible to promote unregistered properties.

The implications for those with unregistered rental properties, even if only rented periodically, are pretty serious. Firstly, there are pretty substantial fines. Notionally these can be up to €180,000, but to date have been far lower than this.

Any income that can be proven will be subject to Spanish income tax and applicable interest. This information will subsequently be available to the Irish tax authorities, on the basis of an information sharing agreement between tax authorities within the EU. Any balance of tax and interest will be due at home. As if this weren’t enough, if the property owner wishes to keep renting out the property, it will be subject to undertaking any upgrades necessary to bring the property up to the quality standards required to become an official tourist rental.

Registration can be carried out at www.juntadeandalucia.es. All forms are in Spanish, but information on filling them in for English speakers can be found on Spain-Holiday.com at https://bit.ly/2KqYx2e.

This piece appeared in the Irish Times Newspaper in May 2018.