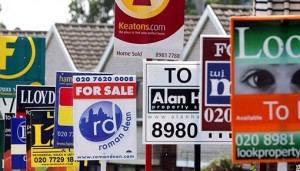 Respite - but for how long?

There is evidence that the Fianna Fáil led Irish government may be beginning to see reason on the topic of the property tax it was proposing for the next budget.

An article in today’s Irish Times claims that: “Senior sources in both parties (Fianna Fáil and the Green Party) have told The Irish Times that a property tax would not feature in December’s budget.”

A property tax had been strongly rumoured as a distinct possibility by Department of Finance officials as  recommended by the Commission on Taxation’s report on the reform of the tax system a year ago. It was floated as an alternative to deep cuts in public spending for the coming year.
It had been suggested that a flat rate property tax could contribute significantly to the Government’s target of achieving further savings of €3 billion in next year’s budget but, as pointed out in this blog a few days ago, there are many, myself included, who feel that this would be a very short term and ultimately retrograde step.
It appears I wasn’t alone, a number of Fianna Fáil TDs have expressed strong opposition to such a tax and Green Party leader John Gormley has also expressed his opposition to a flat rate property tax.

Unfortunately the government has not indicated that it has completely dismissed the idea of a property tax, it has merely said that it won’t feature in the coming budget.

Click on the Subscribe link on the right hand side of the page to get regular updates.