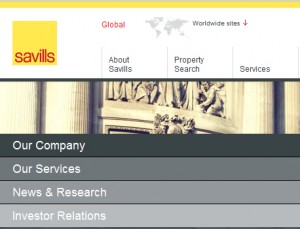 Time for some good news for property owners in the UK, so here’s some from Savills.

• Savills forecast that the private rented sector will account for one in five of all households by the end of 2016
• In Greater London average residential rents rose by 16% in 2010
• Demand from overseas corporate tenants is on the increase
• Rents in East London have risen 4.3% during Q1 2011
• North London has seen a 3.6% uplift in rents during Q1 2011
• Values in St John’s Wood and Regent’s Park are now 15% above the 2007 peak

The cost of market entry for first time owner-occupiers is preventing many from buying and so is boosting demand for rental property. A dearth of rental stock in many locations is pushing up rents and future prospects for rental growth are very strong say Savills researchers, who forecast that the private rented sector will account for one in five of all households by the end of 2016. Mainstream rental growth has been particularly pronounced in Greater London where average residential rents rose by 16 per cent in 2010.

The prime rentals market is also seeing strong price growth. Average prime London rents increased by 3.4 per cent in the first 3 months of 2011 and by almost 12 per cent in the past twelve months, latest analysis of the Savills prime London rentals index shows. This growth shows no signs of slowing, and outpaces the 2.8% growth seen in Q1 2011 of the underlying value of properties according to latest analysis from property advisor, Savills. “This value dynamic will push out yields and attract investor interest, and there is clear evidence that investor buyers are already emerging from the shadows,” says Yolande Barnes, head of Savills residential research.
Corporate demand and City cash boost rents in North and East London

Central London rents are traditionally driven by demand from corporate tenants from overseas which focuses on the high value prime areas and which has been on the increase since the recovery in the financial and business services sector in 2009. Boosted demand, coupled with fewer frustrated sellers or ‘accidental landlords’ providing supply into the market following two strong selling seasons, means that rents have risen since the beginning of 2010 and steeply in 2011.
Price growth has been particularly pronounced in locations where renewed City confidence has translated into boosted demand for good rental property, both from domestic and international tenants. This has especially benefited prime East London (Wapping and Canary Wharf) with rents up 4.3 per cent in the quarter and 13.4 percent year on year and North London (Islington and Hampstead) where an uplift of 3.6 per cent in the quarter and 16.1 per cent year on year has left values some 15 per cent above their former peak levels. Much of this growth is due in no small part to low levels of good prime stock.

During the downturn, rental growth continued to the middle of 2008, raising rental yields slightly against the, then falling, capital values. Average prime central London yields moved out from 3.6% in December 2007 to 4% in December 2008. After this, as capital values rose while rents were still falling, yields stabilised then started to move in again to 3.7%. Savills expects yields to move out slowly again as the rate of rental growth exceeds capital growth during 2011.
Overall, Savills market strength indicator for the prime London rental market remains positive. Constrained supply continues to be an issue although stock shortages have eased in the central area (perhaps explaining the relatively slower growth in prime central London). More investor landlords have been seen bringing new investment properties to the rental market, which will boost prime central London stock levels in key locations such as Mayfair.

Yolande Barnes, head of Savills residential research comments: “In November 2010 we stated that the outlook for well-located private rented stock was good. The rises seen so far this year support our forecast for 8.0 per cent growth this year in prime London.”
Southwest London to outpace the rest

Our all prime London market strength indicators point to continued rental growth in 2011 although the rate of growth may slow in some markets. The highest rental growth this year is expected in prime southwest London (Fulham, Putney, Wandsworth, Richmond) as stock levels here are particularly low and demand high.
“High rent rises are not confined to the prime market and, as more aspiring buyers are frozen out of home ownership, demand for private rented stock in the country as a whole can only grow,” says Barnes. “Our prognosis for the private rented sector as a whole remains extremely bullish.”

“London continues to have the international draw; we therefore don’t foresee that stock levels in the rentals market are going to change due to a continued demand from overseas tenants. We may see slightly more stock come to the market as those landlords who aren’t living here full time choose to rent out their properties.”